By Britni Danielle · Updated October 23, 2020
It’s been over a week since 18-year-old Nia Wilson was brutally murdered in an Oakland train station. While her alleged killer still hasn’t provided a motive for his heinous acts, the slaying of the young teen has yet to make a dent in the 24-7 cycle of cable news even as she’s remembered by friends and family. According to Media Matters, a non-profit organization that monitors and analyzes the media, cable news networks have spent less than 10 minutes — total — covering Wilson’s tragic murder since it occurred. The revelation came after the group monitored CNN, Fox News and MSNBC since July 22. “Despite the powerful public response to Wilson’s death, and significant coverage by newspapers including The New York Times, The Washington Post, and the Los Angeles Times, cable news networks spent less than eight minutes covering her murder,” Media Matters writes. 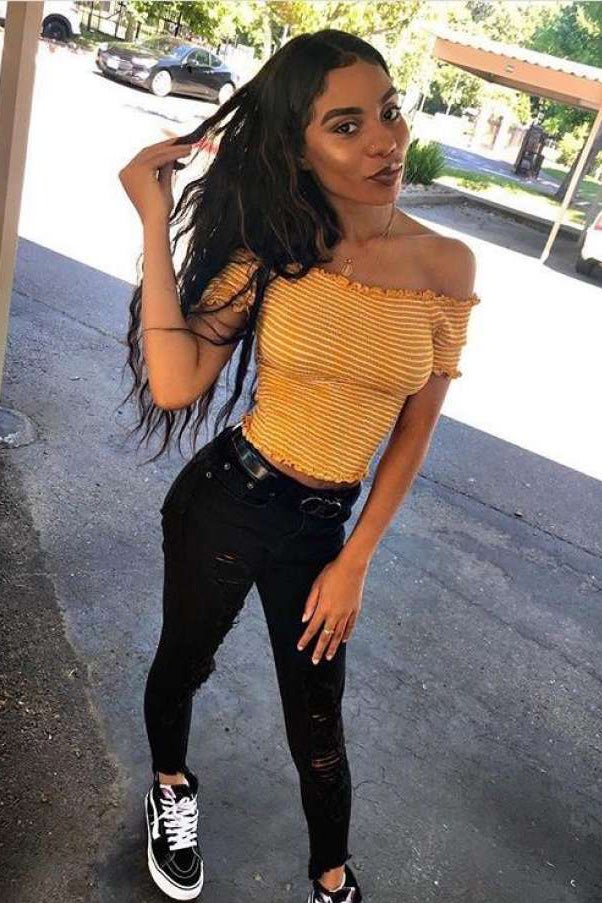 Fox News spent just two minutes covering Wilson’s murder, but they primarily focused on the alleged killer, failing to show the teen’s picture or even say her name. Over on CNN, Wilson’s death was mentioned several times, however, “only in short reports totaling about 2 and a half minutes,” Media Matters notes. MSNBC spent the most time covering Wilson’s murder. Still, her story was relegated to one segment on Rev. Al Sharpton’s PoliticsNation, which also discussed the uptick in racialized violence against Black folks in America. Still, “the specific discussion of Wilson took only about 3 minutes.” The silence from the mainstream media around Wilson’s death is a painful reminder that when it comes to amplifying our stories, Black media and Black writers still matter. ESSENCE has covered Wilson’s murder from the beginning, and has written about the need to continually tell our stories time and time again. While the national news media may have failed to cover Wilson’s death, on Friday, mourners gathered in East Oakland to say her name and remember her memory. California Congresswoman Maxine Waters sent a letter to the family, which was read at Wilson’s funeral.

“The murder of yet another African American woman is a shame of our country,” Waters reportedly wrote. “We all have become targets … Nia’s murder will not be in vain.” Congresswoman Barbara Lee, who represents Oakland, spoke at Wilson’s memorial, calling the teen “a brilliant and beautiful young Black woman” whose life was “filled with faith, hope, and love.”

.@RepBarbaraLee called up to speak and honor Nia Wilson pic.twitter.com/SPF4w5ctJY

.@RepBarbaraLee “May we say no more in Nia’s name.” pic.twitter.com/Eb6cfzVdX5

Eighteen doves were released after the service — one for every year Wilson was alive —  and a horse-drawn carriage carried her casket to its resting place. Her family also asked attendees to wear white and gold during the service. Wilson’s aunt told Melanie Woodrow, a reporter with the local ABC affiliate, the significance behind the dress code. ”White for purity and gold for royalty,” she explained.

Nia’s Aunt tells me the family asked people to wear white and gold. White for purity and gold for royalty. “She would have loved this.” pic.twitter.com/WVs1IMB1rw

At #NiaWilson memorial service in East Oakland. Family in white with photos of Nia on their jackets. https://t.co/6WJgMN1Q6h pic.twitter.com/oDIfv2lww5

While Wilson’s family is still searching for answers on why she was attacked, John Lee Cowell, her alleged killer, has been charged with first degree murder and attempted murder, for also attacking Wilson’s older sister, Lahtifa.
TOPICS:  Lahtifa Wilson nia wilson