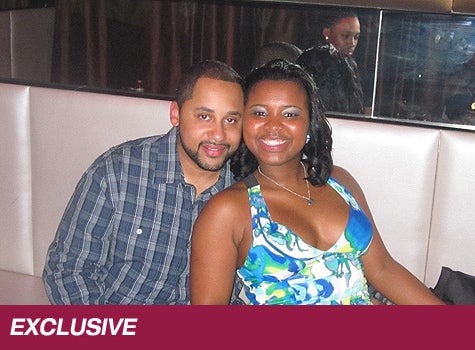 This morning, ESSENCE.com uncovered an update to the heartbreaking story of young lovers, Nia Haqq and Michael Muchioki, who were found dead on April 3rd near their car on Randolph Avenue in Jersey City, New Jersey, after returning from their engagement party. Samuel Jefferson, the Police Director of Jersey City, New Jersey told ESSENCE.com: “We found them. Right now we have three arrests. We have the weapon and we have the evidence. And we possibly have someone admitting to the crime, that they were there. Right now, we have one man and two females. “This was a random act of crime and opportunity. Unfortunately, the devil was on their side for that brief moment. Hopefully now the families can rest and the residents of Jersey City will know these people are off the streets and we recovered the weapon. This department that I am the head of, the Police Chief, the men and women in blue, they felt their heart rip on this case. It was more than just a job. We feel very good that we were able to solve this right now.” On April 3, the young couple was returning home from their engagement party and parking their new Honda CR-V, in Jersey City, New Jersey, when they were approached and shot twice in the head, according to authorities. The suspects took Haqq’s engagement ring, Muchioki’s wallet, the pairs’ cell phones and the gift cards they had received at the engagement party, held at Delta’s Soulfood restaurant in New Brunswick, New Jersey, authorities say. Read more: