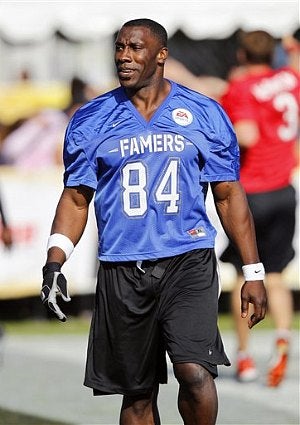 “CBS NFL Today” analyst Shannon Sharpe is used to dishing on the antics of players on the field. Now the cameras are turning to him as news of a sexual assault filed by an Atlanta woman has leaked. A woman believed to be his girlfriend has been granted a restraining order against the former Denver Bronco player and is accusing him of forcing her to have sex, threatening her life and stalking her. It doesn’t end there. News of the current accusation against Sharpe has uncovered other civil complaint cases filed against him by women — ten to be exact, reports the New York Post. What’s really going on with athletes? Like Sharpe, Los Angeles Lakers player Matt Barnes and boxing champ Floyd Mayweather Jr. are also accused of attacking their girlfriends during domestic disputes. It’s time for star athletes to use all that energy and aggression for work, not play.