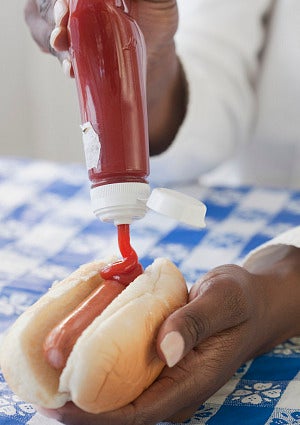 New York City has been at the head of the game when it comes to streamlining what its residents put into their bodies, requiring chain restaurants in the city to get rid list the calories in their foods, pioneering the restaurant and bar smoking ban and increasing the cost of cigarettes. Now, New York State is taking a page out of its biggest city’s book and is setting off a national campaign for food-suppliers to cut down salt in food. The initiative would require chain restaurants and packaged food companies to gradually reduce the salt in their products over five years.

According to NYTimes, the reduction in salt would cut down the high blood pressure and incidences of strokes and heart attacks associated with it.

“We will continue to reduce sodium as long as there’s consumer acceptance in the marketplace,” VP for global nutrition and health at the Campbell Soup Company told NYTimes.

Other food providers have been more enthusiastic about the initiative. “We view these as achievable goals, ” Lanette R. Kovachi, corporate dietitian for Subway, said.

But some argue that since the salt-reduction movement would apply to such a wide variety of food from chain restaurants like Subway to packaged foods like Heinz ketchup there’s no concrete way to regulate how much salt goes into different products.

Find out what foods help improve your mood

Is your meat safe? Find out how to tell if you’re buying healthy meat