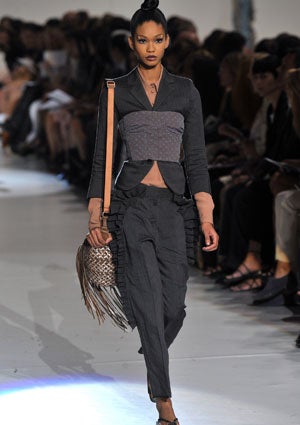 New York Fashion Week Fall 2010 is kicking off this week on February 11th and for all of you who can’t make it to the shows, you’ve got a friend in Marc Jacobs and Calvin Klein. Both brands have announced that they will stream their Fall 2010 shows live on their websites for all their fans. Talk about democratizing fashion! Don’t you just love it? Marc Jacobs and Calvin Klein are two of the most coveted tickets during NYFW, so such a bold move to deviate from the usual closed door policy will no doubt inspire some copycats. At least we hope so. On February 15, round up your girlfriends and grab a front-row seat at your computer at 8pm ET for the Marc Jacobs show on marcjacobs.com and on February 18 at 3pm ET sit back and enjoy the Calvin Klein collection simultaneously on calvinkleincollection.com and on Facebook. Read more: