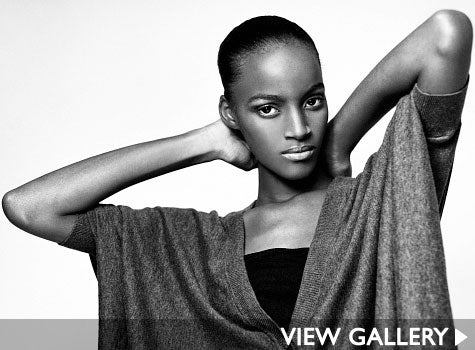 It’s New York Fashion Week and that means models will be taking over the Big Apple. While we’re bound to catch familiar faces like Chanel Iman and Sessilee Lopez strutting down the runways, there will be a number of newbies making their NYFW debut. One amazing face to watch out for this NYFW is 19-year-old Sedene Blake. Hailing from Jamaica, Blake has been steadily building an impressive resume since she’s signed with New York Models–get this–in November! In just two weeks after officially beginning her career as a working model, she booked the kind of jobs that for some can take years to land. Let’s see, she shot editorials for Teen Vogue, Interview Magazine, Pop Magazine, Italian and Russian Vogue and W Magazine with Bruce Weber. It didn’t take long for A-list designers to come calling. While, New York Models weren’t at liberty to discuss which runways Blake will be walking, they did confirm that we’ll be seeing quite a bit of Blake. Don’t worry, we’re keeping our eyes open and will let you know where the lovely Blake has been spotted.