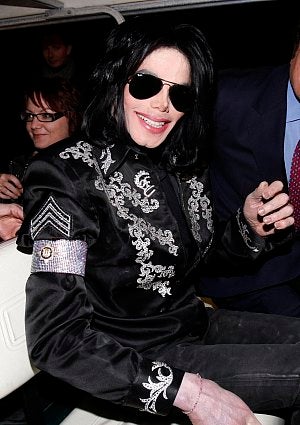 A new album of unreleased Michael Jackson songs will be hitting shelves as soon as November, reports Rolling Stone magazine. Sources tell the magazine Jackson left behind hard drives with hundreds of unheard songs, most of which were leftovers from ’80s albums like “Bad” and “Thriller,” when the King of Pop was at the peak of his career. “Every time that [Jackson] recorded, he over-recorded. He would record anywhere from 20 to 30 songs for each album,” former Sony Music CEO Tommy Mottola told the magazine last year. “Any of them could have been as big a hit as the ones that came out.” Included in his vault are collaborations with popular artists like Akon, Will.i.am and Ne-Yo. Sure to make the cut on the new album are five songs Jackson penned with Will.i.am. The upcoming album is the first of a 10-project, seven-year, $250-million deal Jackson’s estate signed with Sony Music earlier this year. The album does not yet have an official title.