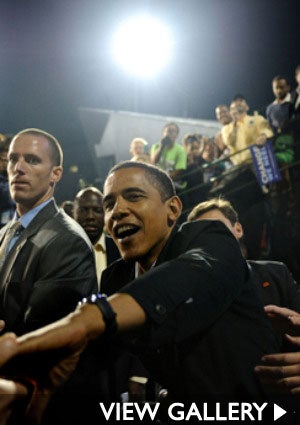 Filmmakers Alicia Sams and Amy Rice will celebrate the premiere of their documentary “By the People: The Election of Barack Obama” on HBO on Tuesday, November 3. The film takes a look back at President Obama’s historic election last year. Filming began almost a year before Mr. Obama announced his run for the presidency, and once he did, they were nearly shut out from continuing to film him. Concerns from the Obama camp were that they didn’t want his candidacy to come off like a reality show, but in the end the two women were able to catch key moments with the man who would be president, including key moments like campaigning in Iowa and a behind-the-scenes look at election night.

The President has seen a rough cut of the film and sent back word saying that he cried upon seeing emotional reactions of key staffers to his election.