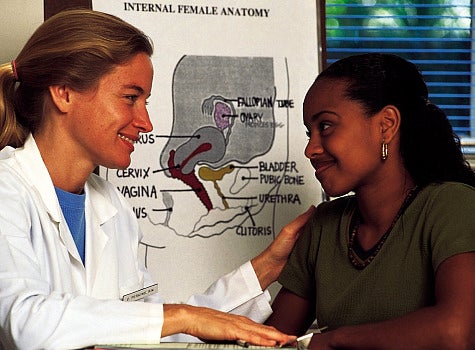 The medical community has come to the conclusion that they might be over-screening young girls for cervical cancer. The American College of Obstetricians and Gynecologists released new guidelines that recommended women start having PAP tests at age 21 instead of the previously suggested age 18.

“Earlier screenings for cervical cancer may lead to unnecessary and possibly harmful treatments for an increasingly rare cancer,” according to CNN.

ACOG also recommended that women over 21 have PAP tests every two years instead of annually and that women age 30 and over that have had three norman PAP tests in a row and don’t have a history of cervical cancer can reduce their PAP tests to every three years.

The rate of cervical cancer, caused by human papilloma virus (HPV), has gone down significantly with only around 15 cases per year in women ages 15 to 19 and 123 per year in women ages 20 to 24. ACOG expects the rate to drop even lower due to new vaccines like Guardisil, approved to prevent certain strands of HPV. However, doctors stress that women should not replace vaccination with check-ups, as they do not protect from all strands of HPV and do not cure previous infections. One of the most common STIs, approximately half of the population is affected by HPV at some point in their lives. However the virus usually disappearing on its own.

While it might not be necessary to have a PAP test every year, sexually active women should still visit their gynecologists regularly, as there are other tests that they should take. It is also important to note that African American and Hispanic women are at a higher risks for cervical cancer than white women.