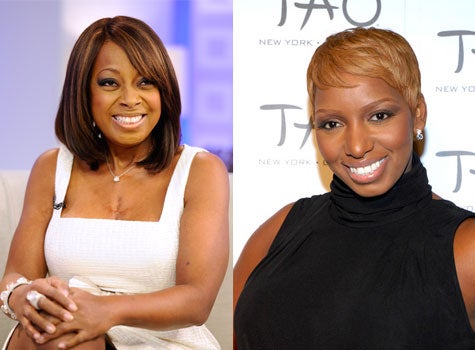 Who could forget NeNe Leakes’ fiery comment about Star Jones, “I wouldn’t spit on her if she were on fire.” Oh the drama! But reportedly, these two “Celebrity Apprentice” stars have allegedly called a truce. Could this mean the end of great TV at the expense of Jones and Leakes settling their feud?

According to Radar Online, these two reality show divas are trying to put their angry and nasty words aside after realizing their feud was getting out of hand. A source tells Radar “NeNe felt slighted by Star who she thought was not showing her enough respect — while Star believed that NeNe was all show and no substance.” The source even goes on to say the ladies were fighting over hair and makeup. SMH.

We’re not so sure the fire will completely go out between Leakes and Jones. With “Celebrity Apprentice” just getting underway, it’s likely an explosive episode will reopen old wounds. America is patiently waiting to see how these two duke it out on camera — it just makes for great television. Right?

Tune in to “Celebrity Apprentice” on Sundays at 9pm on NBC to see the drama unfold.