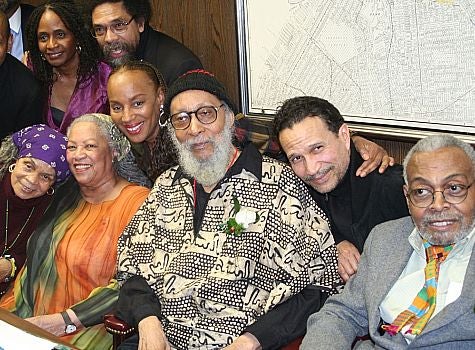 The 10th annual National Black Writers’ Conference held at Medgar Evers College in Brooklyn, New York ended on March 28. The four day conference that opened on March 25, was founded by the late John Oliver Killens, who believed in bringing Black writers together annually  to discuss the  professional issues and challenges that they  face. The conference was filled with readings, workshops, forums and special tributes to writers, such as novelist, poet and essayist Toni Cade Bambara. Among the writers who participated were Sonia Sanchez, James McBride, Thulani Davis, Haitian-born Edwidge Danticat and Nigerian writer Chris Abani.  “It is really, really important to have a space to bring people together and the NBWC over the years has done this,” says Dr. Brenda M. Greene, director of the National Black Writers’ Conference. Greene also shared that the conference allows for participants to have conversations with the general public, whether it is looking at how people can expand their reading to the many issues that Black writers face in the publishing industry. “It is all welcomed,” Greene says.  On Saturday, at a panel discussion titled, “The Impact of War & Natural Disasters in Literature by Black Writers,” scribes, Chris Abani, James McBride and Maaza Mengiste spoke on a touchy subject and McBride had no problem speaking his mind. He said, “I am always surprised how many Black people do not read. I mean people get insulted when I say that, but I can only respond  based on what I see when I look out into the audiences when I tour the country.” The popular author of ‘The Color of Water: A Black Man’s Tribute to His White Mother’ continues, “It really handicaps us greatly because it pigeonholes Black writers into writing about specific topics. There’s no reason in the world an African American woman can’t write books about science,  mystery, crime, and other subjects.” Later on Saturday evening, Black literary royalty filled the room at the ArtCurian Gallery at Arthur Bennett Hall in Brooklyn, New York, honoring Nobel Prize winning author Toni Morrison, Poet and Essayist Amiri Baraka, and Cultural Historian Kamau Brathwaite. Photographers documented the historic occasion. ESSENCE Magazine’s former editorial director Susan Taylor emceed the event, as a glowing Toni Morrison, and her writer friends Cornel West, Sonia Sanchez, Amiri Baraka and Kamau Brathwaite relished the occasion. As Greene observed the eclectic audience in a packed room where a live-band played, she commented, “I just could not turn people down for this moment.” For more information on The 10th annual National Black Writers’ Conference