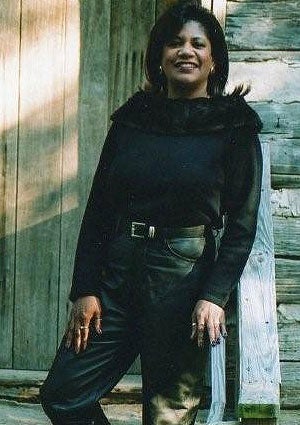 Annette Owens didn’t have the energy to ask her ex-husband how he contracted HIV. He was already in the hospital dying from full-blown AIDS and there wasn’t any point of confronting him.

“What difference would it make?” she says, “I had it.”

Due to the stigma of AIDS, the Lexington, Kentucky native immediately began to think about how people would react once they discovered her status. Would she find love again? How would she continue on? With the support of friends and family, a depressed Owens gradually left her pity party behind.

The 52-year-old activist soon remarried, her second husband marrying her despite the fact that she was HIV-positive. The two tied the knot in an intimate affair.

Unfortunately, the three-year marriage ended when he filed for a divorce in January of 2009. Twenty-eight-years into an epidemic, women account for nearly a quarter of those diagnosed annually with AIDS. Black women between ages 25 and 34 are the nation’s fastest-growing group with the virus. The numbers may be devastating in the African-American community but that doesn’t stop Owens from sharing her experience with other people.

“We need to protect ourselves,” she says. “We need to treat everyone like they are HIV positive to lower the risk.”

Becoming more aware of the disease played a huge part in Owens’ own life.
“I had to educate myself about HIV/AIDS,” she says.

With time, Owens decided to share her story with high school students, undergrads on college campuses and at women’s conferences in her hometown. This was a fresh start in the optimistic activist’s life. She is now the go-to person whenever a new patient is diagnosed with what some call “a death sentence.” It is Annette who community organizers turn to to comfort the individual.

“I’ve come in contact with so many special people and it’s made such a difference in my life. Me? Being a motivational speaker–telling people that I am HIV positive before an audience–I never thought I would be doing that,” she says.

Though Owens isn’t afraid to talk about her disease, some people don’t always treat her with the respect the brave woman deserves.

“People don’t even have to open their mouth to say anything. It’s their body language,” she says, “Please, don’t rob me of my dignity. It is already hard for me when I go up to bat because I am Black, female and HIV-positive. Just love me.”

These days Owens has her own personal “bucket list.” She explains, “I wish for a cure and vaccination for HIV/AIDS. And, I would really like to meet Magic Johnson because I remember when he encouraged so many people to get tested. If I got to meet him, I think I would lose all my t-cells because I would be so happy,” a laughing Owens shares.

A Black Ballet Centering Mothers Of The Movement Is Coming T...

Niecy Nash Explains Why Having Separate Bathrooms Is "The On...

Don’t Grill and Chill Without These Must-Haves