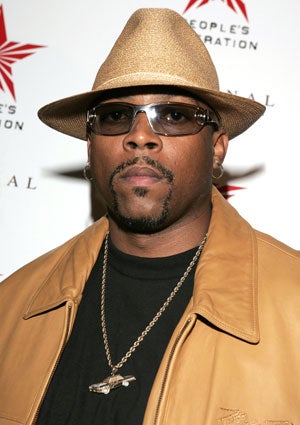 Singer Nate Dogg — born Nathaniel Dwayne Hale — passed away last night at the age of 41. Nate Dogg is best known for his “G-funk” style hooks on Dr. Dre’s debut album “The Chronic,” and on his and Warren G.’s 1994 hit “Regulate.” While the cause of death is yet to be released, the four-time Grammy Award nominee had suffered a stroke in 2008.

Friends of Nate Dogg took to twitter to express their sadness and condolences last night.

“We lost a true legend in hip hop and R&B,” Snoop Dogg tweeted. “[Nate Dogg was] one of my best friends and a brother to me since 1986, when I was a sophomore at Poly High, where we met.”

“I wrote the chorus to ’21 Questions.’ I needed Nate to sing it for me,” 50 Cent wrote. “He had a way of making everything feel hard.”

“We lost a soldier, a father, a legend, a homie,” Xzibit’s tweets read. “My condolences go out to Ms. Ruth and the entire family. Celebrate.”

A staple in West Coast hip hop history, Nate Dogg will be missed.