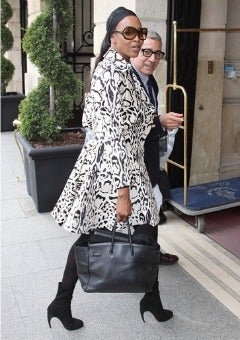 In the recent drama between Naomi Campbell and Cadbury Chocolate, it looks like Ms.Naomi wins. After releasing an ad that allegedly compared Campbell to the company’s chocolate ‘Bliss” candybars, Cadbury has issued an official apology to the supermodel…

In an offical statement, the company put the chocolatey tiff to an end: “Cadbury takes its responsibility to consumers very seriously indeed… It was not our intention that this campaign should offend Naomi, her family or anybody else, and we are sincerely sorry that it has done so.”

While sources have said the company plans to stop running the “Bliss” ad, it’s still uncertain whether the ad was poking fun at the model’s skin color or her diva-like temperament. What do you think? Did Naomi have a right to an apology?