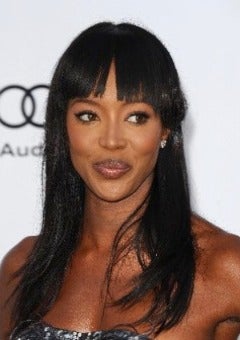 Supermodel Naomi Campbell is threatening to take legal action against Cadbury Chocolate for allegedly using her name to promote the company’s Chocolate Bliss candy bars. The catwalk queen said she is “upset” by the ad that shows a candy bar surrounded by diamonds alongside the slogan: “Move over Naomi, there’s a new diva in town.”

“I am shocked. It’s upsetting to be described as chocolate, not just for me, but for all Black women and Black people. I do not find any humor in this. It is insulting and hurtful,” Campbell told Britain’s Independent newspaper.

Even Naomi’s mother, Valerie Morris, has chimed in, saying, “I’m deeply upset by this racist advert. Do these people think they can insult Black people and we just take it? This is the 21st century, not the 1950s. Shame on Cadbury.”

Although Campbell hasn’t confirmed whether she will take legal action, a spokesperson from Cadbury said the company has removed the ad and doesn’t intend to use it again.