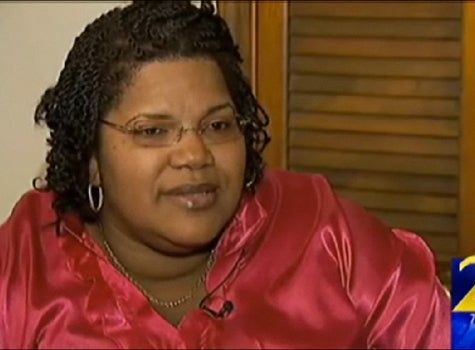 Michelle Fonville, an overweight woman who went to get a manicure, pedicure and eyebrow arch at Natural Nails in DeKalb, Georgia, was charged $5 extra because of her weight, reports WSBTV.com. Fonville shares with the news station: “I was humiliated. I almost cried. Tears were forming in my eyes.” She realized the charges after looking over her bill. Fonville says she thought it was a mistake, until the manager told her she was charged  $5  because of her weight. Salon manager Kim Tran told reporter Eric Philips that the surcharge was due to costly repairs of broken chairs by overweight customers, reports WSBTV.com. Tran explained “the chairs have a weight capacity of 200 pounds and cost $2,500 to fix.” Tran says she shared this message with Fonville. “I didn’t want to argue with her about $5. I wanted to make her pleased with her service,” Tran said. “I whispered … I said, ‘I’m sorry, next time I cannot take you.'” What are your thoughts?