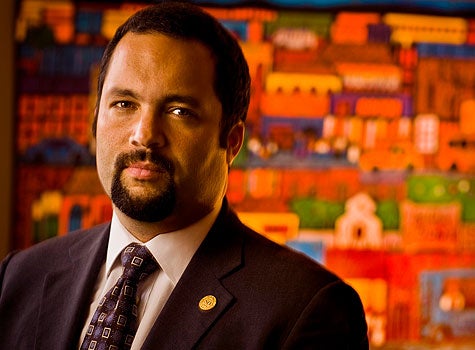 On November 17, the NAACP issued a call for the White House and Congress to do more to address unemployment. A month later their campaign pushes on, with president Ben Jealous advocating specific proposals for creating jobs and clamping down on predatory practices like payday lending and overdraft protection. Unlike other Black leaders, including National Urban League President Marc Morial and the Congressional Black Caucus, surprisingly, Jealous is not demanding racially targeted policies to address the African-American unemployment rate. Jealous talked with ESSENCE.com about what must be done for job creation, and why he agrees with President Obama that what’s good for the country as a whole will be good for Black America. ESSENCE.com: Have you had any direct contact with the White House? BEN JEALOUS: Our treasurer attended the White House jobs summit for us, and there’s been a lot of discussion with Congress, both with the Speakers office and the Congressional Black Caucus. Congress is getting the message that job creation needs to be Job One, because what we’re talking about is devastating. The majority of the country has an unemployment rate above 15 percent. This is a problem for everybody–it’s a problem for every community and every group of people. The President’s done a great job leading the country toward stability and stemming the bleeding he inherited. Now people want the government to act definitively to ensure that they have jobs. ESSENCE.com: The Congressional Black Caucus has approached this issue from the perspective that, although the entire country is hurting in this economy, the African-American population is hurting the most. Therefore, they say that there should be targeted policies implemented to address our communities specifically. Do you agree? JEALOUS: Those communities that are hurting are diverse. If we paint this as being an issue that’s just about Black America, then we lose and the country loses. Now that national unemployment is 9.5 percent-and the unemployment rate for older Americans, younger Americans and Latino Americans is equal to, or greater than, that of Blacks as a whole–getting extra help for extra hurt means getting extra help for everybody. There’s a lot of extra hurt going around right now. And what is good for the country will be good for the Black community when it comes to job creation. Now let me very clear–when you create jobs, you also have to fight discrimination just as hard. In this recession, the NAACP has invested extra energy in fighting discrimination, specifically discrimination in employment and in lending. We’re also going after proxies for race like the monumental levels of employment discrimination against formerly incarcerated people. So our strategy is to push for a massive job creation and fight discrimination even more aggressively. ESSENCE.com: You say that creating more jobs for the country as a whole will be good for the Black community, which mirrors what President Obama said when asked recently about the Black unemployment rate. But because of the kinds of discrimination that you just discussed, general policies often don’t reach African-Americans, and the trickle down theory doesn’t really apply. JEALOUS: It’s not about trickling down. When you’re talking about direct job creation in the public sector, you’re talking about directly helping Black people. We’re disproportionately represented in the public sector, and in local economies we’re disproportionately represented in the retail sector. What we’ve gone through with bailing out the banks, that’s trickle down. We’re saying you’ve got to go beyond that and go straight to the roots. So we’re advocating for public service jobs created at the local level in towns across the country. Absolutely we’re saying the towns with the worst unemployment rate need to be the top priority. But while those towns are disproportionately Black towns, they’re not exclusively Black towns–they exist in Alabama, and in Maine and Appalachia. If we’re going to get this, we’re going to get it because the country decides, first and foremost, that it’s good for the country.
For more of Cynthia Gordy’s “Obama Watch,” click here.