No one ever willingly goes to jail—and chooses to give up their freedom, privacy, and peace of mind, right? Wrong. Sometimes the only way to understand a loved one’s true pain and suffering is to experience it firsthand.

On the new season of 60 Days In, the hit A&E reality show that chronicles the experience of innocent people who volunteer to spend time behind bars, tormented mother Monalisa, 48, decides to experience prison in a desperate attempt to better understand the pain her own incarcerated daughter Sierra feels daily.

In 2012, Sierra was a fun-loving, enthusiastic and overachieving college freshman who got straight As in school, graduated high school early and was all settled into her new life at an Atlanta college. She’d never been in trouble before and her family was very proud of her achievements. Then, seemingly overnight, everything changed.

Sierra became more distant and disconnected from school, her friends and family. Monalisa began to notice her daughter’s rapid weight loss and extreme mood swings and she was worried something had changed in her life. She didn’t know it then, but it was already too late: Sierra was hooked on popular and dangerously addictive party drug “Molly” and under the influence of the wrong crowd.

For two weeks Monalisa tried to contact her daughter and when she couldn’t reach her, she finally caved in and called her college. The news was worse than she imagined—Sierra hadn’t been to class in weeks. Monalisa was out of town on business at the time and planning to travel back home to look for her daughter. Before she could get there, she received a heartbreaking phone call that no mother should ever have to answer: “I’m in jail.” It was Sierra calling —she’d been arrested for armed robbery and needed help fast. Monalisa was speechless. “I thought she was joking with me,” she recalls. “I said, ‘Sierra, quit playing. You know, I am working right now and I do not have time to play with you.’ She started to cry. She said, “I confessed to something, I’m in big trouble and I need an attorney.'”

While under the influence of a manipulative older man with a violent criminal history, Sierra and a friend from school had participated in an armed robbery. Sierra had already confessed, so in the state of Georgia this meant that her crime would come with mandatory prison time.

Nothing has been the same for Monalisa since that phone call.Sierra took a plea deal and her case didn’t go to trail. Monalisa’s daughter—her heartbeat, her everything—was sentenced to 10 years in prison. Monalisa didn’t see any of this coming. Sierra’s personality had changed in a matter of months and because of her addiction to Molly she’d made a life-changing mistake.

Now Monalisa was left behind to try and pick up the pieces and to find new ways to reconnect with her daughter who was locked behind bars, distraught and emotionally fading away more and more each day.

Monalisa decided to be a part of 60 Days In to better understand her daughter’s pain. Her experience was horrifying, heartbreaking and hard to bear—and will be documented throughout season 2, which premieres tonight on A&E.

ESSENCE sat down with Monalisa to discuss what her experience in prison was really like, what it’s like to have her only daughter behind bars and how she plans to cope with her life now and the six more years of her sentence that Sierra still must serve.

Your heart must have broken in two when you received Sierra’s initial phone call from jail.
All I could figure is, what in the heck did she do this for? Why would she have gone to this? I just kept saying, “Why? Why? Why? Why?!” I honestly could not understand what had gone so wrong that she would stoop that low. Then I started searching out this drug “Molly” that she was on. It was not the pill form; it was the powder form. The powder form is extremely addictive. Kids are dying on it every single day, like, in a matter of less than three usages or 90 days because it causes severe dehydration. Kids are just passing out in clubs—[it’s been happening] for almost three years. They put Molly in all of the rap songs.

What were your conversations like with your daughter once she was behind bars?
You know, I absolutely felt so much compassion for my daughter and I felt so broken as a parent. Our conversations were always very uplifting, very encouraging, very supportive in the beginning. I just wanted to find out more of the truth. I was just trying to get to an understanding of why she did what she did. What could I do to help you? How can we, you know, make this thing better for you? The reality is you are not getting out of here. She began to unveil to me kind of why she did it, and why she was hooked on the drug, and how she felt so different from everybody else. She just did not feel like she fit into anybody or anything. She is an only child, and she has never felt that sibling love. She has always kind of felt like she was an outsider in this world. She felt like she just was trying to fit in. Whatever it took to fit in is whatever it took in her mind.

What has the healing been like for you and for her?
I am sorry. I got a little emotional, you know, thinking about that question. I do not even know how she is even healing in any way, shape or form, after what I just went through in jail. When we cannot fix it, parents suffer as well as their children. Mothers want to fix everything, you know? When we cannot fix it, we cannot make it better, it becomes the most heart wrenching experience that you can have emotionally. Here I am on the outside always falling apart, and watching her falling apart on the inside is extremely difficult. It is emotionally overwhelming because I know how it is now after experiencing it. 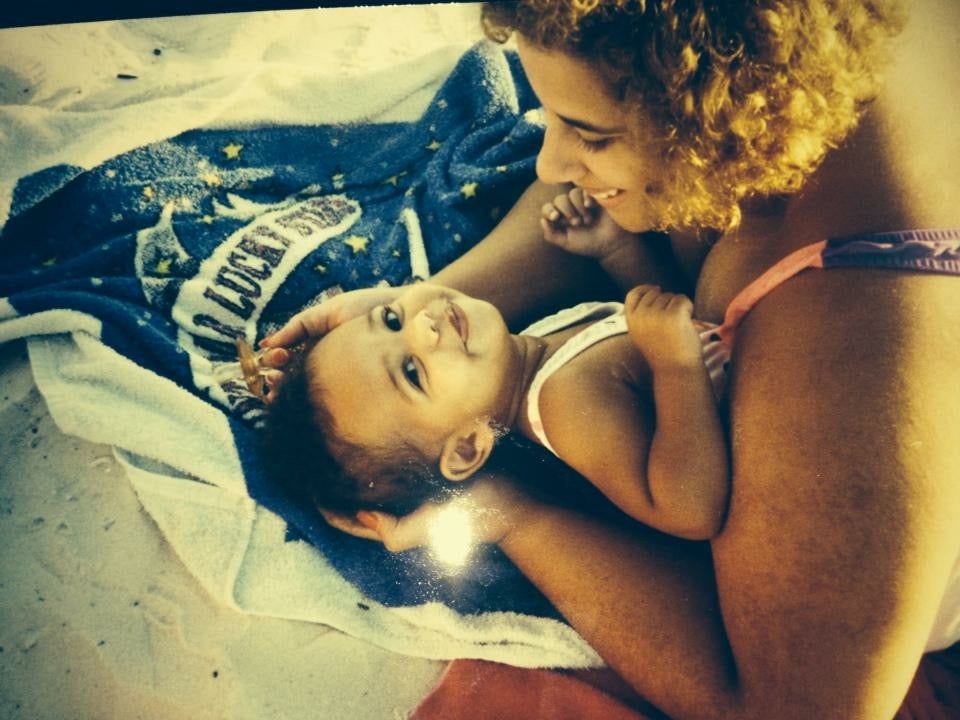 You started a non-profit organization called Parents With Incarcerated Children (PWIC) to help raise awareness. Tell us more about it.
I started that out of my pain because I had nowhere to turn. Society is so judgmental, especially our Black society. We hate on each other so badly, it is just kind of sad. When we know that the majority of our families are the ones that are being disproportionately affected. Yet, we judge each other so bad to say that, “You know what, there has got to be something wrong with the parents if the kid goes to jail. It has got to be some sort of way that they were raised. It is just got to be their fault.” You know what? In some cases they are right. In some cases they are not, you know. I created this so that they could have an outlet and find the resources that they needed to get through this. 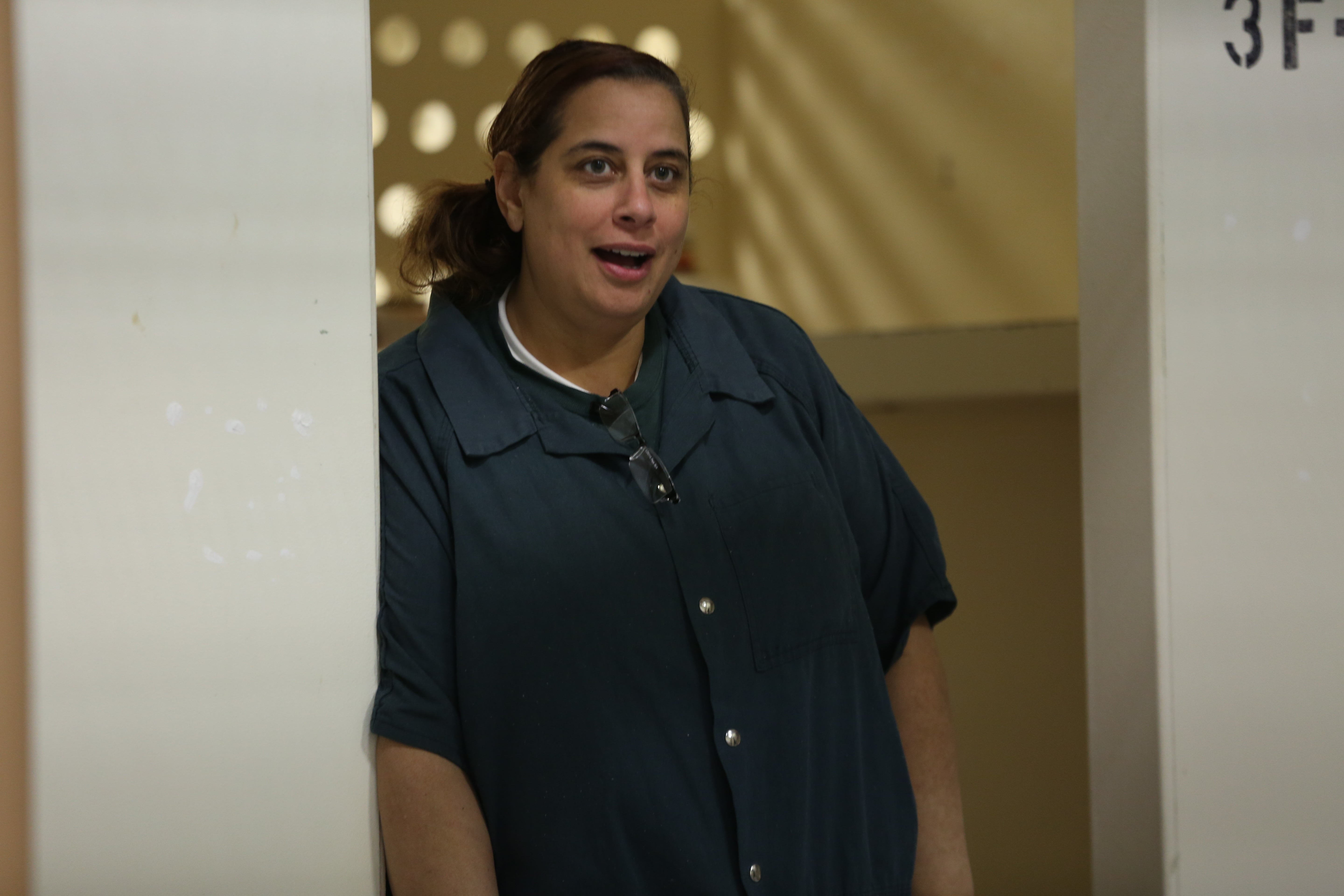 Follow Monalisa’s journey in prison on Season 2 of 60 Days In, premieres tonight at 9p.m EST.