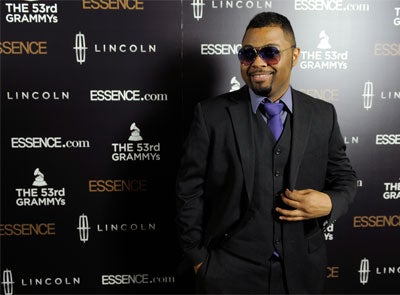 Musiq Soulchild returns with his sixth studio album “MusiqInTheMagiq” — one of the Grammy winner’s most diverse albums to date. It’s no easy trick blending the old with the new, but neo-soul’s golden voice has given us his best shot, and from the sound of his first two singles, “Yes,” and “Anytime,” his album will leave listeners amazed.

ESSENCE.COM spoke with Musiq about creating a different type of love album, pop vs. R&B, and the benefits of being true to oneself.

ESSENCE.COM: With the way R&B music has evolved into pop… where do you fit in now?
MUSIQ: All R&B music isn’t pop. What’s now called “pop” just means it has a popular status. What’s happening is that what’s being considered pop music is becoming more diverse. So it’s not that everything is going pop, it’s just that pop now has a bigger platform. I recognize that popular music is formed by people’s interest and how it’s appreciated on a broader global scale. So I’m not changing myself to fit the current climate, but incorporating elements into what I already do anyway. That way I maintain both my credibility and my relevancy.

ESSENCE.COM: Is that process a struggle?
MUSIQ: I hate to think of it as a struggle, but at times it can be. It’s a process that makes you think outside of what you naturally would do, and be open and allow space for outside influences. For instance, on this project I worked with different writers and producers that have contributed different elements. The whole point is to serve my core audience, but open myself as artist to a broader audience.  Everybody in the world isn’t listening to neo soul and R&B, but I can get people to recognize that type of music and make it popular.

ESSENCE.COM: Is the level of excitement for the release of “MusiqInTheMagiq” different than previous albums?
MUSIQ: It’s my sixth album release, so I’m pretty excited. The album’s full of songs that talk about the everyday going-ons of a relationship, but with a more realistic perspective. Talking about particular aspects of what it means to really be with someone. Like the song, “Do We Have To,” speaks to the part of the relationship when there is lot of disagreement and fighting — when a guy admits to his girl he doesn’t know what got them to that point but he’s not interested anymore in the constant fussing and fighting. When a guy says, ‘I would rather spend time taking care of you and loving you,and if I can’t be the person to do that then I don’t want to be with you right now. If I have to deal with the bullshit, then I’d rather not be with you.’

ESSENCE.COM: What has been the most pivotal incident since you debuted that has changed the way you navigate through this music industry now?
MUSIQ: There’s alot of people who, when I started, were the hottest thing, and now a lot of them same people you don’t hear about anymore, showing me the fragility of success. I learned to stay grounded and maintain my humility. They’re so many artists that come out, that get rejected. That isn’t a diss, but if you aren’t in the [fans] face or in their ear, then out of sight out of mind. The realization of how brief success can be in this game has made me navigate differently.

ESSENCE.COM: Creatively, have you been frustrated at the level of your success?
MUSIQ: Funny enough, the people I keep around me get more upset than I do. There are days when I get upset when I’m busting my ass, and I see “Joe Somebody” come without even a fraction of the amount of work I know I’m putting in, and they get all this attention, funding, and support. It doesn’t make me bitter, but it makes me question: if I created music that was dumbed down would I have all this success? Is it harder because I have integrity, passion, focus and become more concerned about my music being enjoyed than making money? I’m not mad, but it motivates me to go harder. If it takes me that much more to be successful, then fine. I’d rather reach success on honorable terms, than otherwise.