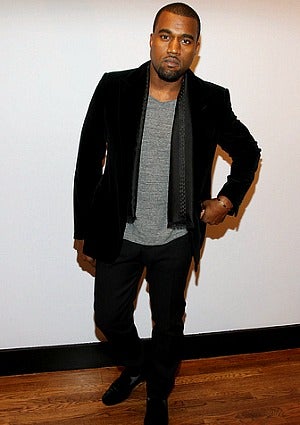 Famed activist, commentator and death row convict Mumia Abu-Jamal used one of his Prison Radio essays to defend Kanye West last week. As Kanye’s two most famous outbursts have resurfaced — “George Bush doesn’t like Black people” and “Yo Taylor [Swift]. I’m really happy for you, I’m going to let you finish, but Beyonce had one of the best videos of all time” — Abu-Jamal goes in on race in America, using the backlash from Kanye’s comments as the basis… Abu-Jamal points out that West didn’t call Bush a racist. “He said the man didn’t care about Black people,” he said, adding that given the circumstances, “Kanye’s comments were mild.” Abu Jamal then tackled the Kanye’s comparison of “his embarrassment of Taylor [Swift] with the Bush administration’s betrayal of thousands of American citizens during Katrina,” calling it a “profoundly racist” equation. Listen to the full audio here.