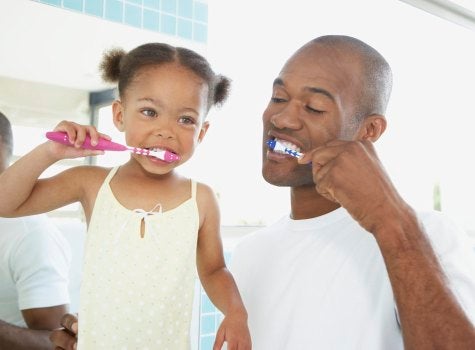 More men are staying at home and taking care of the kids and the household, reports CNN. The U.S. Census Bureau reports that dads are the main caregivers for 25 percent of the country’s 11.2 million pre-schoolers. This “Mr. Mom” phenomenon is sparked by the high unemployment rate that men face. According to census figures, 8.6 million men were unemployed in May compared to 6.4 million women. Furthermore, the unemployment ratio between men and women matches that of the Great Depression. The difference is that in the 1930s, men, even unemployed, were less involved in household and child care duties, Stephanie Coontz, Director of Research and Public Education for the Council of Contemporary Families told CNN. What’s more, some men are trading the office space for the household by choice. More than 150,000 married dads with young children left the work force for at least a year to care for their families when their wives went to work, the Census Bureau reported. Coontz sees this as a good thing. “Boys are more empathetic, and girls grow up more confident in their ability to tackle non-stereotype fields like math or science,” she said.