By clicking Sign Up, you agree to our Terms of Use and that you have read our Privacy Policy
Skip to content
Photo by Scott Olson/Getty Images
By Marquita K. Harris · Updated October 23, 2020
In case you missed it, Michelle Obama owns the latter half of 2018. The December ESSENCE cover star and “Forever First Lady” released her much-anticipated memoir, Becoming, on November 13 and is currently on an epic 10-city book tour. After it’s release, Becoming quickly dominated bestseller lists and, according to The Guardian, is now selling nine copies per second. If you still haven’t had a chance to get your hands on a copy of the much-lauded memoir, we’ve got a treat. Below is a seven-minute excerpt read by the former FLOTUS as well as a snippet from the book which appears in the December issue of ESSENCE on newsstands everywhere now. Check it out! Pick up the latest issue of ESSENCE to read more from our interview, including Michelle Obama’s White House confessions and advice on finding your own Barack!  Exclusive book excerpt (note audio slightly varies from text below): Forever First Lady Michelle Obama reflects on a challenging childhood experience and shares the lifelong lesson learned. WHEN IT CAME time to look at colleges, I spent a weekend visiting my brother Craig at Princeton, where he seemed to have slipped into a productive rhythm of playing basketball, taking classes, and hanging out at a campus center designed for minority students. The campus was large and pretty—an Ivy League school covered with ivy—and Craig’s friends seemed nice enough. I didn’t overthink it from there. No one in my immediate family had much in the way of direct experience with college, so there was little, anyway, to debate or explore. As had always been the case, I figured that whatever Craig liked, I would like, too, and that whatever he could accomplish, I could as well. And with that, Princeton became my top choice for school. Early in my senior year at Whitney Young, I went for an obligatory first appointment with the school college counselor to whom I’d been assigned. I can’t tell you much about the counselor, because I deliberately and almost instantly blotted this experience out. I don’t remember her age or race or how she happened to look at me that day when I turned up in her office doorway, full of pride at the fact that I was on track to graduate in the top 10 percent of my class at Whitney Young, that I’d been elected treasurer of the senior class, made the National Honor Society, and managed to vanquish pretty much every doubt I’d arrived with as a nervous ninth grader. I don’t remember whether she inspected my transcript before or after I announced my interest in joining my brother at Princeton the following fall. It’s possible, in fact, that during our short meeting the college counselor said things to me that might have been positive and helpful, but I recall none of it. Because rightly or wrongly, I got stuck on one single sentence the woman uttered. “I’m not sure,” she said, giving me a perfunctory, patronizing smile, “that you’re Princeton material.” Her judgment was as swift as it was dismissive, probably based on a quick glance calculus involving my grades and test scores. It was some version, I imagine, of what this woman did all day long and with practiced efficiency, telling seniors where they did and didn’t belong. I’m sure she figured she was only being realistic. I doubt that she gave our conversation another thought. But failure is a feeling long before it’s an actual result. And for me, it felt like that’s exactly what she was planting—a suggestion of failure long before I’d even tried to succeed. She was telling me to lower my sights, which was the absolute reverse of every last thing my parents had ever told me. Had I decided to believe her, her pronouncement would have toppled my confidence all over again, reviving the old thrum of not enough, not enough. But three years of keeping up with the ambitious kids at Whitney Young had taught me that I was something more. I wasn’t going to let one person’s opinion dislodge everything I thought I knew about myself. Instead, I switched my method without changing my goal. I would apply to Princeton and a scattershot selection of other schools, but without any more input from the college counselor. I sought help from someone who actually knew me. Mr. Smith, my assistant principal and neighbor, had seen my strengths as a student and furthermore trusted me with his own kids. He agreed to write me a recommendation letter. 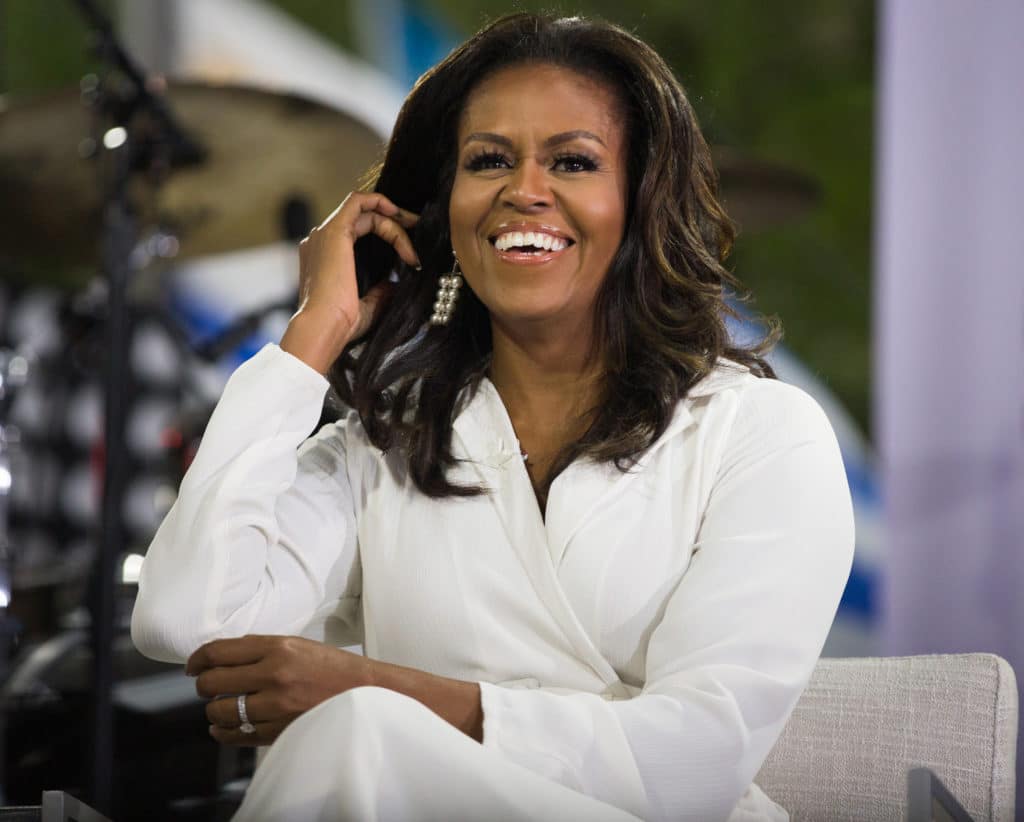 I’ve been lucky enough now in my life to meet all sorts of extraordinary and accomplished people—world leaders, inventors, musicians, astronauts, athletes, professors, entrepreneurs, artists and writers, pioneering doctors and researchers. Some (though not enough) of them are women. Some (though not enough) are Black or of color. Some were born poor or have lived lives that to many of us would appear to have been unfairly heaped with adversity, and yet still they seem to operate as if they’ve had every advantage in the world. What I’ve learned is this: All of them have had doubters. Some continue to have roaring, stadium-size collections of critics and naysayers who will shout I told you so at every little misstep or mistake. The noise doesn’t go away, but the most successful people I know have figured out how to live with it, to lean on the people who believe in them, and to push onward with their goals. That day I left the college counselor’s office at Whitney Young, I was fuming, my ego bruised more than anything. My only thought, in the moment, was I’ll show you. But then I settled down and got back to work. I never thought getting into college would be easy, but I was learning to focus and have faith in my own story. I tried to tell the whole thing in my college essay. Rather than pretending that I was madly intellectual and thought I’d fit right in inside the ivy-strewn walls of Princeton, I wrote about my father’s MS and my family’s lack of experience with higher education. I owned the fact that I was reaching. Given my background, reaching was really all I could do. And ultimately, I suppose that I did show that college counselor, because six or seven months later, a letter arrived in our mailbox on Euclid Avenue, offering me admission to Princeton. My parents and I celebrated that night by having pizza delivered from Italian Fiesta. I called Craig and shouted the good news. The next day I knocked on Mr. Smith’s door to tell him about my acceptance, thanking him for his help. I never did stop in on the college counselor to tell her she’d been wrong—that I was Princeton material after all. It would have done nothing for either of us. And in the end, I hadn’t needed to show her anything. I was only showing myself. º The most successful people I know…lean on the people who believe in them, and push onward with their goals. Audio excerpted from Becoming by Michelle Obama, read by the author, courtesy of Random House Audio, an imprint of Penguin Random House Audio Publishing Group, a division of Penguin Random House LLC. Copyright © Michelle Obama, 2018.