By clicking Sign Up, you agree to our Terms of Use and that you have read our Privacy Policy
Skip to content
By Kimberly Wilson · Updated October 23, 2020
What would you do if your startup idea had all the tools needed to succeed? With Founder Gym, you no longer have to wonder. Launched just one year ago by Mandela SH Dixon, Founder Gym is a training program that serves underrepresented tech founders and helps them gain the tools they need to push their company forward. And because only 34 Black women founders have raised over $1 million in venture funding since 2009, Dixon’s Founder Gym is slowly on a mission to change that. Since November 2017, Founder Gym has successfully trained four cohorts and 172 underrepresented founders. Sounds like her mission is being accomplished. Dixon, who recently spoke at this year’s AfroTech, isn’t just empowering founders through Founder Gym. You’ll often find her founder musings and tips on Twitter, or at one of her many speaking engagements across the country. In fact, dozens of founders lined up to speak with her after her “Stages of a startup and vocabulary” talk at AfroTech — and she spent hours dropping gems to every single person who waited in line. 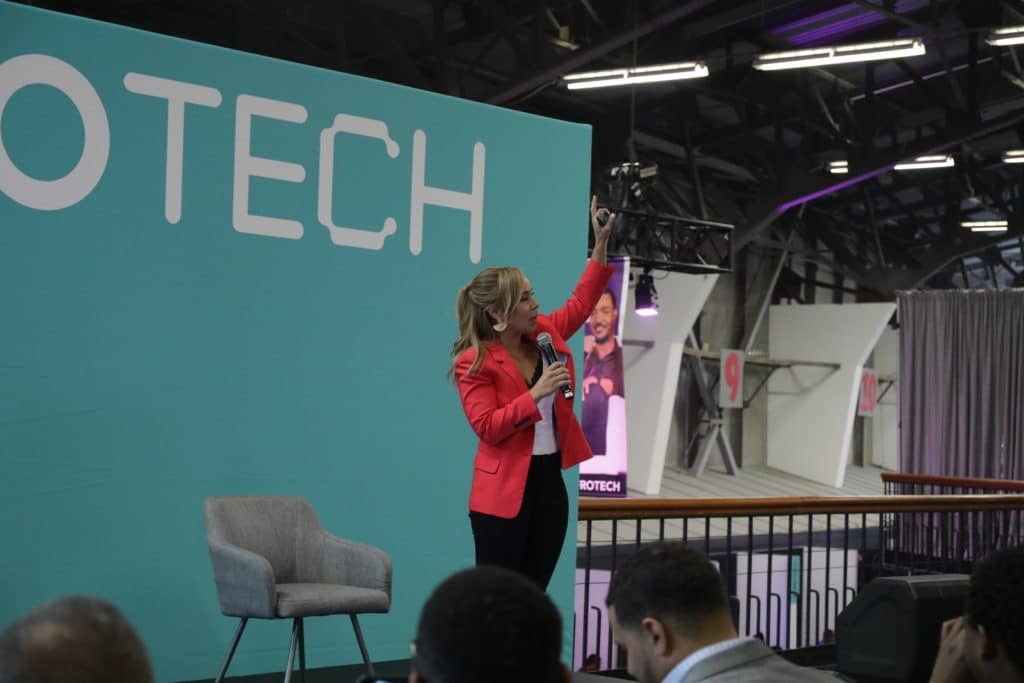 We caught up with Dixon at the conference to discuss the impact that Founder Gym has had over the past year and what’s next for the organization. ESSENCE: Besides the obvious, why was it important for you to create a resource for underrepresented founders? Mandela SH Dixon: Founder Gym is basically a culmination of certain lived experiences that I’ve had, all come to together in one. It was me growing up with two civil rights activists as my parents — I was named after Nelson Mandela and I am biracial. So you can just imagine the environment that I’ve grown up in, the level of empathy that I’ve had and the respect I’ve had for people coming from different backgrounds. That was always ingrained in me — to care and to value people no matter what they look like, where they come from, how they talk, how much money they have or don’t have. That’s a very integral part of who I am. And then I was also an athlete, so the Founder Gym concept uses a lot of sport psychology and teamwork philosophies to actually build our cohort so that we’re cohesive. When we say the motto, “we all go up together,” it really is. We’re going to win together, we’re going to lose together, but we’re all doing it together. What is your advice to Black women to go out and get started? I know this can sound cliché and it can sound like a canned response, but it’s so far from that. You belong here, and you just need to take one bet on yourself and put yourself in a situation you may be uncomfortable. You may feel like, “this is not my people” or “I don’t know what they’re talking about,” and “I’m afraid I may sound stupid/look stupid, so let me not say anything”— but I’m gonna ask you to do it afraid. Do it afraid, because I promise you once you see who else is out here actually doing it and vouching for themselves and their company, you will quickly realize they are no better than you. It will be like a light bulb. But because you’re not getting out and putting yourself out there to see what else is going on and how you stack up against everybody else out here doing this, you’re going to continue to recycle this conversation in your head. Founder Gym recently celebrated one year, and in that year you’ve graduated four cohorts. What does the next year look like for you? We’re doubling. I was very strategic. We did a lot of cohorts compared to our counterparts: We served 172 founders, we trained them, in a matter of a year. Other programs out here who are serving underrepresented founders, the most that they’ve ever done in one year is 24. We’ve done 172. To talk about the scale of the impact we’re able to have, and why we’re doubling it now: Number one is because we have a stronger infrastructure, and two, just with anybody building a company, I’m a founder too. Step one is replacing myself. I can’t keep being the superintendent, the principal, the teacher, the teacher’s assistant, the school bus driver and the janitor. I can’t keep doing this all by myself, in the way that we need for it to scale. My biggest goal in the second half of this year, actually Q3, was replacing myself, and that’s why I went through my Rolodex again, and asked myself, “Who is the smartest person I know?” I was actually looking for my twin. I was looking for someone who was an educator, an entrepreneur, and a great public speaker because I need to be replaced so I’m freed up to continue working on the vision. As we think about Black founders creating generational wealth, what that means for our community? Talk to me a little bit about the legacy that you want to leave behind for the next generation. You really want to know what Founder Gym is? You really, really wanna know? Listen: This whole thing is about redistribution of wealth. Point blank. Period. There is so much money being made out here via the tech industry and innovation and using technology to scale. It’s incredible. What you have to understand is that people who are making all this money are also funding the politicians and are creating the rules all of us gotta abide by. And who are either focused on our communities or not. It’s about teaching people how to turn a dime into a dollar. That is incredibly empowering and important. If you don’t know how to do that, you’re going to continue to be at the beck and call of someone else — an employer —instead of being able to stand in your own greatness, build something you believe in, and empower other people to join your team. You teach them how to build, and then it becomes a cyclical thing.