By Donna M. Owens · Updated December 6, 2020
A bold new initiative from the nation’s largest bank aims to bolster wealth and provide an array of opportunities for Black Americans. The effort from JPMorgan Chase is called ‘Advancing Black Pathways (ABP). Company officials said it will entail broad investments in programs, products and services to support the Black community across financial, educational, career, and business arenas. “Making the economy work for more people is not only a moral obligation—it is a business imperative,” said Jamie Dimon, Chairman and CEO of JPMorgan Chase, who described himself as the grandson of Greek immigrants who never finished high school. “We are expanding our existing commitment to help create economic opportunity for more Black families, businesses, employees, and communities.” While African-Americans have made centuries of social and economic progress, financial inequities and a vast racial wealth gap persists. A 2018 U.S. Census survey shows the median income for Black households was $40,258 in 2017; for Hispanics it was $50,486; for Whites it was $68,145 and more than $81,000 for Asian families. According to the 2018 State of the Nation’s Housing Report from Harvard University, some 43 percent of Black Americans owned homes in 2017; by contrast, 72 percent of Whites were homeowners. And nearly one-fifth of the country’s 42 million Black people do not have a bank account, according to a U.S. government analysis. JPMorgan Chase officials said its business and philanthropic resources uniquely position the firm to help accelerate economic opportunity for Black Americans. Two African-American executives are playing key roles: JPMorgan Chase Managing Director, Sekou Kaalund, will lead Advancing Black Pathways; he will report to executive sponsor, Thasunda Brown Duckett, CEO of Chase Consumer Banking. 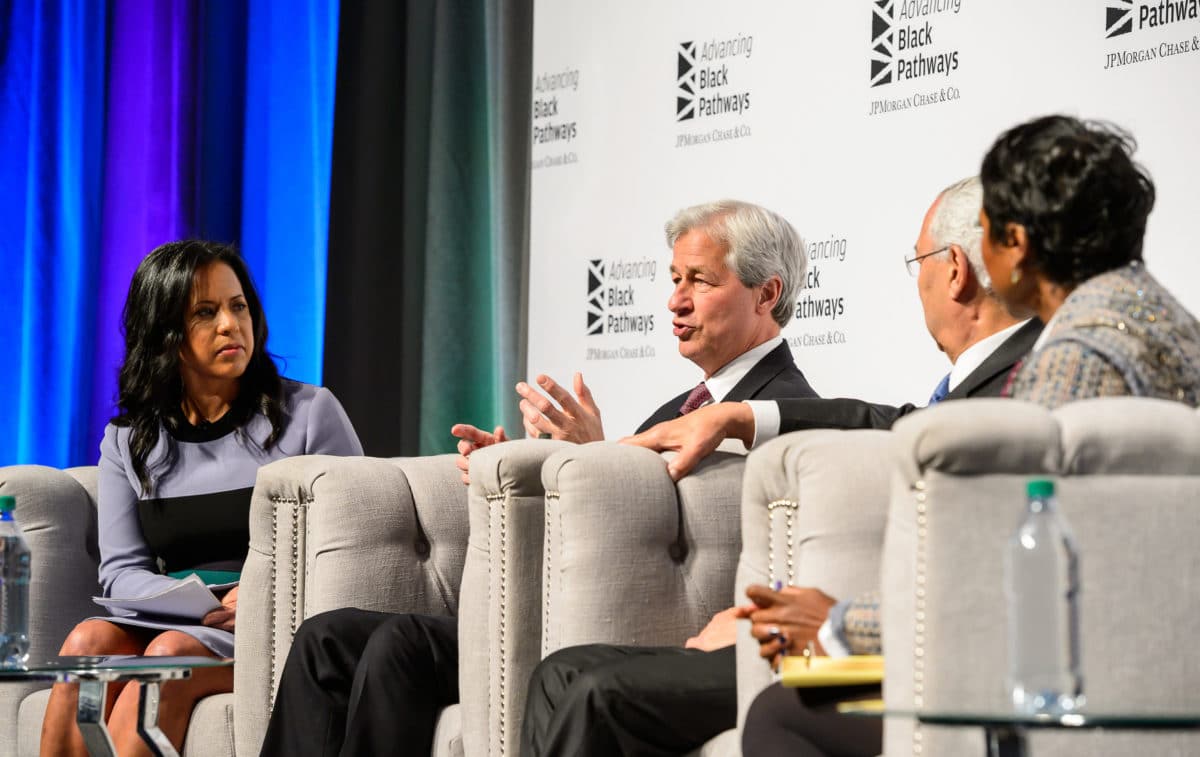 Duckett told ESSENCE the endeavor builds on a program that JPMorgan Chase launched in 2016—helmed by executive Valerie Rainford—called Advancing Black Leaders. Its goals include hiring, developing and retaining Black talent at the firm, similar to targeted efforts they’ve had to increase opportunities for women and military veterans. “As we started to think about what more we could do to lift the Black community and inspire wealth creation this idea came to life about a year ago,” Duckett said. “How do we tailor investments and opportunity? How can we do better? We began engaging internally and connecting our teams. I’m very passionate about this,” she added. The initiative will focus on three pillars aimed at facilitating long-term financial success for Black Americans. The first is to strengthen education and job training and improve job readiness for Black students. This includes a pledge to hire more than 4,000 Black high school and college students over the next five years in internships and apprenticeships, etc. Additionally, the firm will expand partnerships with Historically Black Colleges and Universities (HBCUs), non-profits and others to recruit talent and support the professional development and financial health of Black students. On the career front, officials said the firm will work to promote a culture where all employees are treated fairly and with respect, and have access to professional opportunities. The firm vows to continue to develop and recommend more Black executives for high ranking posts. The third goal is to help strengthen the financial well-being of Black families. JPMorgan Chase, which is opening new branches nationwide, said it will develop partnerships and provide resources so customers can build their savings, and improve their credit. They’ll also provide homebuyer counseling, and assist Black-owned small businesses in accessing capital. The Kickoff Dimon and JPMorgan Chase team members visited the nation’s capital on Monday for a series of events that outlined the Advancing Black Pathways vision. The day kicked off with a conversation in D.C. engaging community partners and a major announcement: a $6.65 million `Entrepreneurs of Color Fund’ to support minority entrepreneurs in the Greater Washington region with capital and business training. The company has initially committed $3.65 million; additional commitments of $2 million and $1 million, respectively, will come from Capital Impact Partners and the A. James & Alice B. Clark Foundation. It builds on existing funds in Detroit, Chicago, San Francisco and the South Bronx. Additionally, the Harbor Bank of Maryland, which is Black-owned, will lead efforts to provide low-cost loans and business support to minority businesses in Baltimore and Prince George’s County. 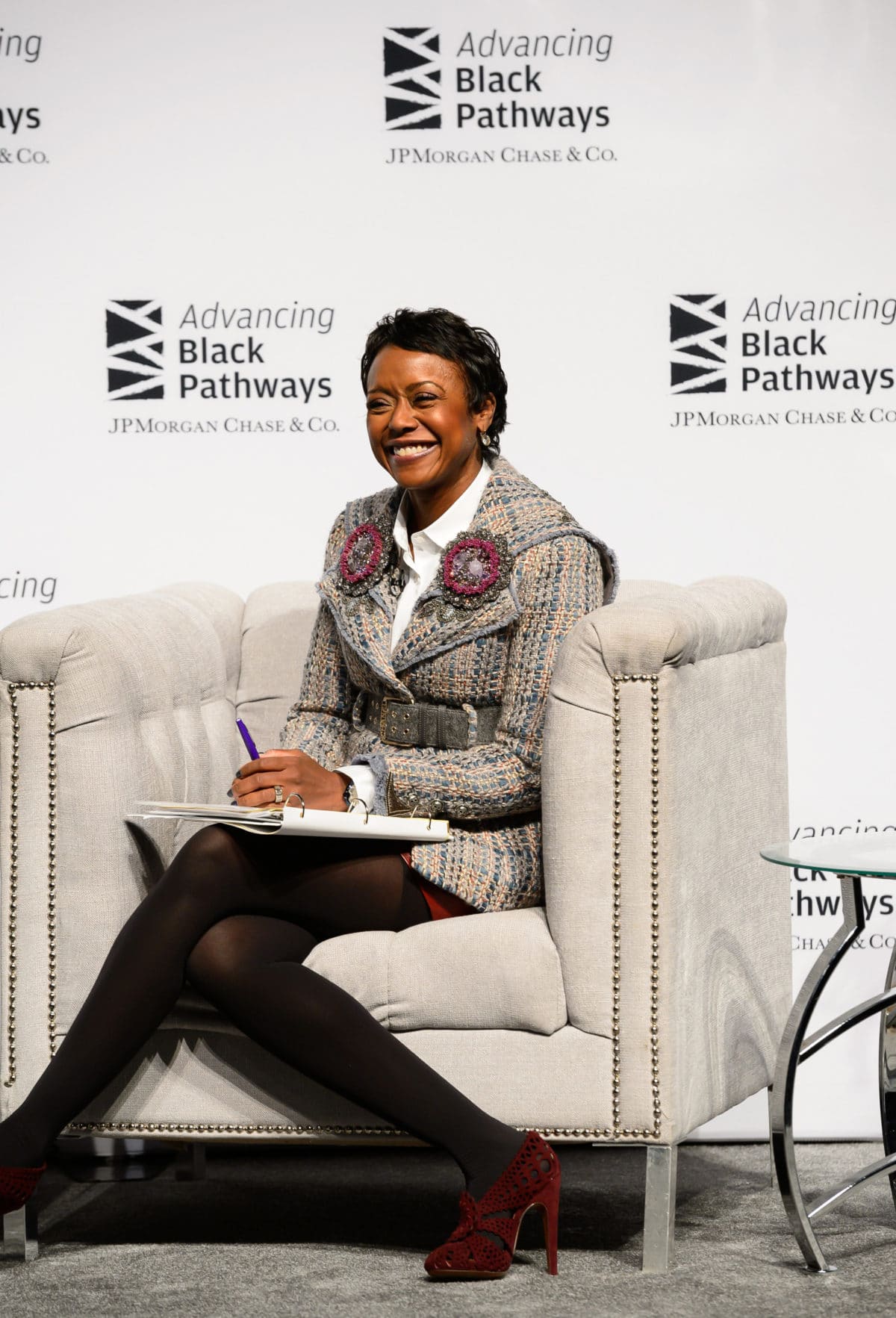 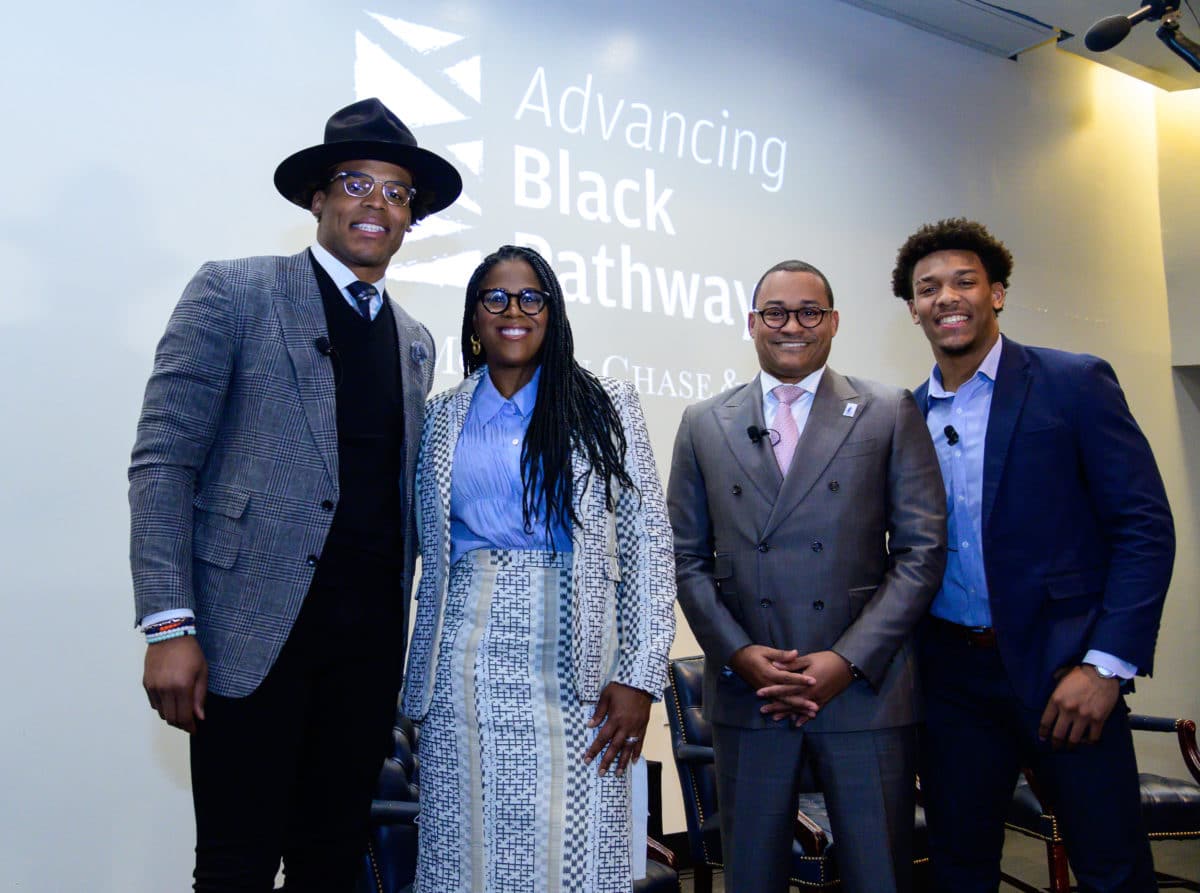 “Addressing the inequities in our society and exploring how we come together to find solutions are the critical first steps in ensuring we a create opportunities for inclusion,” she said, noting that given the “dramatic economic inequities in our country, it will take 145 years before African-American wealth equals that of whites.” “So, I am proud to join the conversation and ESSENCE is committed to furthering the program’s impact on closing the wealth gap in our communities. Advancing Black Pathways’ brilliant emphasis on bolstering Black-owned businesses opens the door to developing real wealth.” Asked how the ABP initiative might empower Black women and the communities where they play integral roles, Ebanks noted: “We know that Black women start more new businesses than any other group, so this effort helps to level the playing field around creating jobs and achieving financial security for our families and communities.” Indeed, Nielsen data shows Black consumers have an estimated $1.2 trillion in buying power. And according to Global Policy Solutions, if people of color owned businesses at the same rates as White entrepreneurs, it would result in 9 million more jobs and $300 billion dollars in worker income. Finally, the Association for Enterprise Opportunity has said that if Black-owned businesses could reach employment parity with all firms, nearly 600,000 new jobs could be created. Sekou Kaalund eagerly anticipates moving the needle forward.“Advancing Black Pathways is about empowerment: we have a unique opportunity to empower communities—with the resources and support—and build pathways for more promising horizons in education, careers and wealth.”
TOPICS:  Careers michelle ebanks Richelieu Dennis