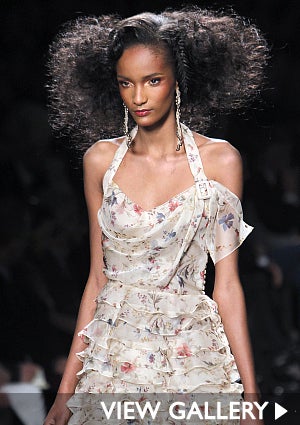 For the past two seasons, Dominican-born model Rose Cordero had been at the very top of her game! Even though the 18-year-old stunner is new to the modeling scene–she worked her first Fashion Week season in February 2009–she’s already made quite a name for herself. Not only was she downright ubiquitous on the New York, Paris, London and Milan runways this season, she landed the cover of Paris Vogue March 2010 issue (and was the first Black model to do so since 2002). With her impossibly long, caramel-colored limbs and sexy, short natural ‘do, Cordero is a natural superstar on the runway and in print–and we can’t wait to see more of her. Here, a gallery of her most memorable runway and magazine moments. Read More: