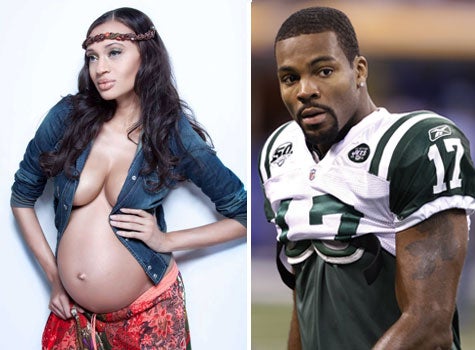 The Super Bowl may have ended Sunday night with the score, Saints, 31, and Colts, 17, but we’re sure there was far more “scoring” off the field considering the vast amount of groupies, er, athlete lovers in Miami this past weekend. Their goal? To trap an athlete. The ultimate play? Playing the pregnancy card. Don’t be shocked, many women come to sporting events like the Super Bowl, All Star Weekend, Pro Bowl, and the World Series with no interest in game, but all their attention on the players. These events become a playground for fertile groupies, from the rookies to the more seasoned gold diggers. With all the parties, alcohol, and celebrations, many professional athletes fall victim to these professional seductresses who don’t mind being a baby mama–a NFL, NBA, MLB, NCAA baby mama, that is. By no means is there anything exclusive to women who make it their full-time job to actively chase professional athletes for bragging rights, money, or 15 minutes of fame. But the stakes are raised considerably when their only motive is to conceive million-dollar babies: Children used as leverage to get both time and large sums of money in child support. Recognizing that 4 out of 10 women in the U.S. have babies out of wedlock, sadly today it is now common. Because of this, many of these groupies are not as stigmatized as they may have once been for their gold-digging ways. Evident in 50 Cent’s most recent single where he raps, “Have a baby by me baby, be a millionaire,”  50 Cent cosigns this behavior and creates a quasi anthem for women who pursue having illegitimate children by men with deep pockets. Some of these athletes are more accessible than music and Hollywood celebrities, and they find themselves caught up in messy, chaotic regrets and highly publicized baby-mama drama. Ask Braylon Edwards, 26, N.Y. Jets wide receiver, who apparently went too deep with former America’s Next Top Model contestant Nik Pace, resulting in the birth of their son, Braylon Jr., last August. Not only did their hookup result in an unplanned pregnancy, but consequently, Pace and Edwards are battling over an unspecified amount of child support. Cha Ching! Based soley on public opinion, it appears that Pace may have locked Edwards down with the age-old baby trap. But not Dwight Howard, 24, who was one step ahead of the game. He tackled her first, just in case his baby mama, Royce Reed, even tried to empty his pockets. Howard, center for Orlando Magic, sued Reed for $9.2 million for posting pictures of their son on Twitter and allegedly defaming Howard’s name. Then there are athletes like Lance Briggs, Chicago Bear linebacker, Oakland Raider Darren McFadden, and even superstar Michael Jordan who experienced high-profile paternity cases. According to Sports Illustrated, “Ninety percent of athlete-related paternity cases are settled quietly before they become a matter of public record.” Although these “groupie relationships” are not noble, athletes with Shawn Kemp stats–seven children with six baby mommas–get no sympathy.  These athletes are properly warned about the pitfalls and temptation they are sure to face, shamefully getting caught up because of lack of discipline. Men will be men, but as women, can we be more accountable and responsible for our choices? Time to lose the attitude that men are getting what they deserve or that they should of known better.  Let’s be responsible for what we can control. Targeting athletes solely to birth a 18-year paycheck lacks dignity and definitely shouldn’t be glorified in our music. It will remain debatable who is the more irresponsible party and more at fault when it comes to groupie love, but ladies, let’s not involve the kids. Let’s train our younger women correctly, you want a million-dollar baby? Be a real mother and raise the next Beyonc or Will Smith. Read more: