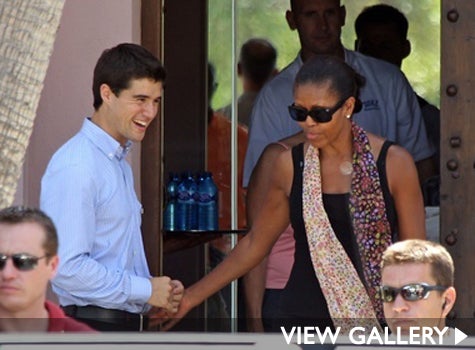 First Lady Michelle Obama’s approval ratings have dipped from 64 percent in April to 50 percent after her recent vacation to Spain, according to a new Wall Street Journal/ NBC News poll. The First Lady has been severely criticized for taking daughter Sasha along on what critics call a “lavish” vacation which cost the American taxpayer an estimated $350, 000. The rest of the cost — room and transportation — was covered by Mrs. Obama. The 50 percent  approval rating is still higher than President Obama’s 46 percent approval rating. Participants in the poll were asked to rate their feelings towards Mrs. Obama as as very positive, somewhat positive, neutral, somewhat negative, or very negative,” reports the Washington Examiner. Gawker.com calls the whole episode a “faux-outrage.” “In any event, she’ll survive. No more Spain trips though, probably,” they write.