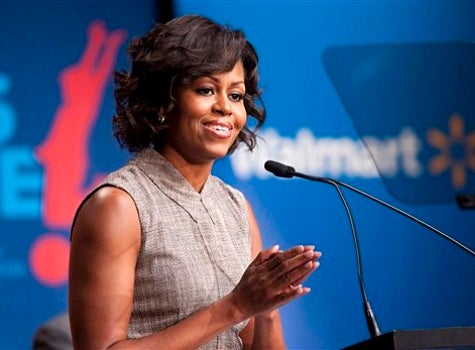 First Lady Michelle Obama is headed home for another guest appearance on the Oprah Winfrey Show. The political powerhouse recently flew to Chicago to tape one of the show’s last original episodes, scheduled to air this Thursday, the Associated Press reports.

In a one-on-one interview with Winfrey, Mrs. Obama discusses her nationwide campaign to support military families. A true advocate of veterans’ rights, she plans to “launch a comprehensive national campaign in the coming months to recognize, honor and provide ways for everyone to step up and answer the call,” a White House source told the Chicago Sun-Times.

The show, taped at Winfrey’s Near West Side Harpo Studios, will also feature a military family to weigh-in on the issue.

Michelle Obama and Oprah — these two ladies definitely make a great duo. Tune in Jan. 27 for the interview!