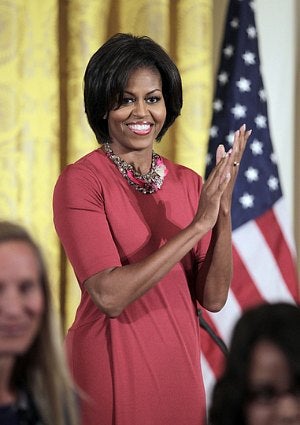 The First Lady and “First Mother” Michelle Obama spoke out about how adults can set an example for kids to end bullying, the Huffington Post reported. “Kids will follow our lead. They will follow our example, but we’ve got to set it,” Mrs. Obama said on “The Ellen DeGeneres Show,” which was broadcast on Thursday October 28, 2010. Her comments came days after her husband President Barack Obama spoke about the recent string of gay teens who committed suicide after being bullied in a video posted on the Whitehouse Web site. Obama also encouraged teens not to let adversity they face in high school and college “eat them up.” “All of these young people regardless of their race, their sexual orientation, they are gifts to us,” she told Ellen. “They have so much to offer and it’s just terrible to find out that kids are letting this part of their life define everything about who they are going to be.”