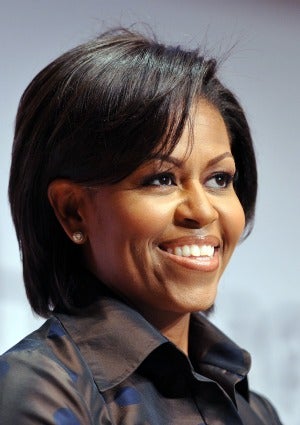 Rush Limbaugh just doesn’t know when to quit, does he? This time he’s attacking First Lady Michelle Obama for enjoying a rib dinner while on vacation in Colorado. His sharp and distasteful criticism comes just days after Mrs. Obama celebrated the one-year anniversary of “Let’s Move” — her nationwide campaign to fight childhood obesity…

Yesterday on his popular talk radio show, “The Rush Limbaugh Show,” the controversial host harshly and unfairly criticized the First Lady for enjoying a plate of ribs while on vacation — detailing the exact calorie count and even grams of fat per serving. According to Limbaugh, she’s demanding everyone eat “cardboard and tofu.” His point was that if she’s supposed to be advocating for healthy living and better eating habits, shouldn’t she lead by example?

Our response: she is leading the way and is an example of healthy living. No First Lady has done more than Mrs. Obama to get kids active and tackle the childhood obesity epidemic in America. Indulging in a rack of ribs for dinner doesn’t make her a “hypocrite” by any means. She’s been quoted as saying that junk food is okay for special occasions, and if a ski trip to Vail isn’t a special occasion, we don’t know what is! “It’s about moderation and real-life changes and ideas that really work for families…” Mrs. Obama has said.

On top of unfairly picking on the First Lady, Limbaugh only points out the ribs, and doesn’t detail the rest of her meal. Limbaugh, who could learn some dietary tips from Mrs. Obama, continuously finds inept excuses to blast the First Family. Frankly, the surge of right wing loose-lipped commentators like Limbaugh taking down our First Lady instead of holding her up and championing her causes is tiring. Michelle Obama is not only our First Lady, she’s yours as well.

If you can stomach it, take a look at Limbaugh’s nasty attack on the First Lady, and say whether or not he’s justified in his comments.