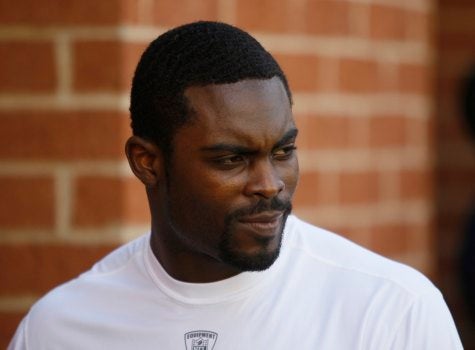 Michael Vick can’t leave the state of Pennsylvania. According to Yahoo! Sports, Vick’s probation officer has denied him travel privileges, causing him to miss a couple of dates set up by his crisis manager. The Philadelphia Eagles backup quarterback, who was convicted of involvement in an interstate dog fighting ring, was a no-show at a football camp in Baltimore on Friday. He also failed to appear at a weekend golf tournament in Atlanta. Michael Vick served 19 months in prison and was released in May 2009. He was reinstated by NFL Commissioner Roger Goodell on July 27, 2009 and signed a one-year contract with the Philadelphia Eagles on August 13, 2009.