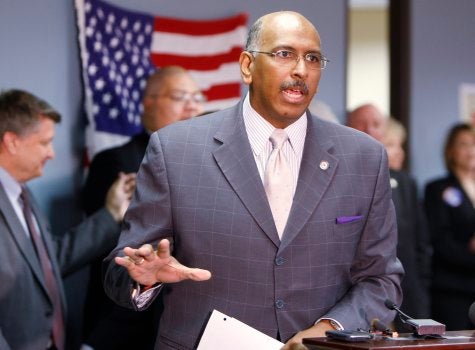 Republican National Committee Chairman Michael Steele canceled a talk before a group at the National Association of Black Journalists Convention on Friday in Downtown San Diego. According to “Sign On San Diego,” Steele could not make an appearance due to a case of food poisoning. A statement from the RNC said that Steele ‘is disappointed to miss the opportunity to take part in this valuable dialogue and looks forward to engaging with NABJ in the very near future.” Steele was scheduled to the part of the NABJ Convention’s “Life, Liberty and Legacy” talk alongside NABJ Secretary and journalist Ronald Martin.
Loading the player...