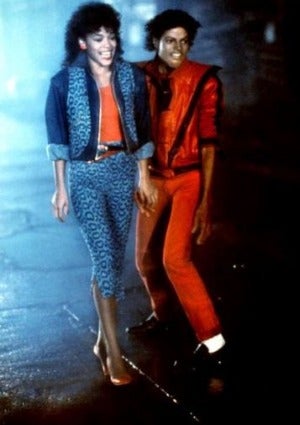 Get ready for a Jackson family media/retail blitz this holiday season! The iconic family has officially launched a clothing collection under their pre-existing J5 line. It will offer 24 T-shirts with various vintage images printed on them. You might ask, “What does the ultimate Michael Fan get?” A limited edition leather jacket like the one he wore in his infamous “Thriller” and “Beat It” videos…costing you about $900. If you haven’t already heard, Michael Jackson’s estate, headed by Katherine Jackson, will be releasing a new Michael Jackson album called “Michael” on Dec. 14th. If anything, this holiday season will be all Michael Jackson. Is this MJ over-kill?