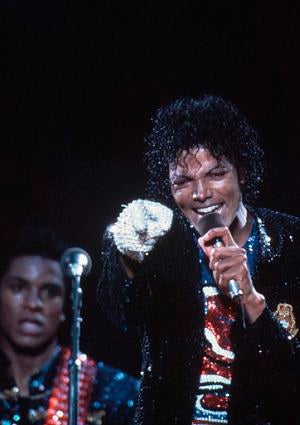 The Forest Lawn Memorial Parks and Mortuaries will not tolerate any foolishness this Friday as thousands of Michael Jackson fans flock to the King of Pop’s burial site.  Management at the cemetery, which has been gracious in approving the grounds be open to the public, insist that people must politely pay their respects… This means any type excessive or lavish gestures to celebrate and honor MJ’s life have been strictly denied. No balloons, no doves, and most of all no type of performing Jackson songs and/or dance performances. So, what are fans who will have traveled from near and far allowed to do? A Forest Lawn rep says, “Fans who behave will be allowed to pay their respects, and these rules are co-signed by the Glendale police.” On top of rules set by the cemetery, the authorities plan to enforce even more restrictions on those going to the burial grounds on the one-year anniversary of Jackson’s death. In addition to being banned from going inside the mausoleum itself, fans will also not be allowed to camp out the night before or park around Forest Lawn 24 hours prior to opening June 25th.  And, those who have entrepreneurial ambitions, trying to capitalize on the crowd of die-hard fans, must re-think their plans. Glendale police have restricted vendors of any kind  from selling anything, including MJ merchandise on or near the cemetery.