Last summer was smoldering hot and my ideas were dangerous. The summer was long and I was having my own personal winter inside of the heat of July.

I lost my job and began to question who I was. My youth felt as if it was going gray, old, and distant. I was 25 and intellectually, I knew this was young, but emotionally the number just didn’t sound as full of time and possibility as other ages. I felt such an intense need to do something, to be someone, that I was often worried into silence and stillness. I would experience chest pains and shortness of breath when I asked myself simple, terrifying questions. “Who am I?” “What will you make of yourself?”

My anxiety and depression began to unravel into a space I could not handle, and in my bedroom, in the middle of summer, I was having my own personal war with suicide ideation. Suicide ideation isn’t necessarily the want to kill yourself, but the desire for relief of discomfort of the very real chemical imbalance anxiety and depression can cause in the brain. I was tired of feeling like I was swimming from a shark in honey molasses, so I daydreamed often about not swimming at all.

This spring, the news of Edward Crawford’s suicide stung. Crawford was most iconically pictured throwing a smoking gas canister back to the police in order to keep the children in Ferguson safe during the Mike Brown protests. One movement of resistance and care turned Edward Crawford into a symbol of heroism and modern Black activism. Unfortunately, turning a human into an icon does not allow that human to transcend humanity and all the struggles associated. 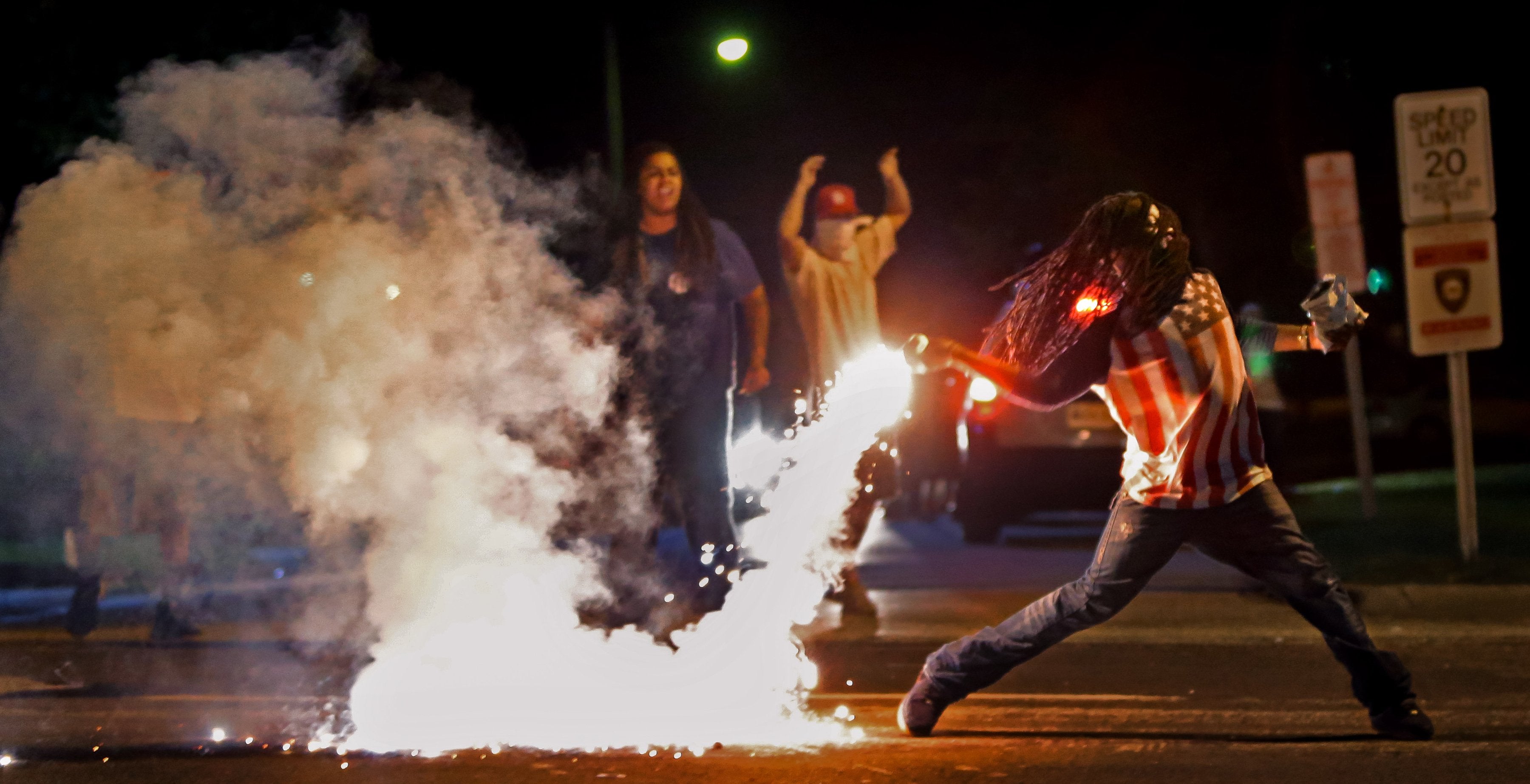 But as information began to surface, so did the subtle idea that suicide was not possible. Even his family and friends, including his father, failed to understand how Crawford could kill himself. They simply could not believe it.

“I don’t believe it was a suicide,” Crawford’s father told the St. Louis Post-Dispatch. “He was wonderful, great, always in a good mood. He just got a new apartment and was training for a new job.”

That moment immediately returned me back to last summer. I know what it is like to perform sunshine and blossoming flowers as you rot. I know what it feels like to not have your mental health taken sincerely simply because it is not something that Black people do.

Edward Crawford was known for his bravery and advocacy around civil rights. And because he became an icon from of this bravery, many in our community cannot see this situation outside of the lens of a state violence conspiracy. But, we also have to consider what we see as brave can also be seen as suicidal. A poor Black man throwing anything towards armed White police officers after watching another Black man die on the street can both be considered both. Often, people doing resistance work are living in a space that’s mentally and physically taxing. This mode of thought can lead people to do things that are heroic, but that may also be birthed in the singular goal of becoming free.

Sometimes, that freedom is called death.

This is not new and this is not un-African. When we imagine Nat Turner as a hero, we must also imagine him as a man who was suicidal because he knew there was no life for him inside the chains of slavery. We know when Margaret Garner removed her child, the state’s property, from this earthly world in 1856 by knife that she understood death differently. In that moment, she was not afraid of dying and she was not afraid of taking the life of her daughter because she suspected whatever was happening on the other side of life was better than slavery. In 1803, the captive Igbo people from modern day Nigeria agreed to chain themselves together, walk into the water, and die to resist chattel slavery in one of the largest mass suicides in America. Suicide will always be considered sad, but should never be assumed to be cowardly. In order to find mental health relief in the Black community, we must complicate our imaginings of death, suicide, and how it manifests in the Black experience.

I am on the verge of a new summer, and thanks to medication, therapy, prayer, meditation, and taking risks on my own happiness, I no longer deal with suicide ideation.

However, I’ll never forget the blazing coldness of being depressed. And I will always consider the weight Black folk carry in dealing with mental illness, as that man who once daydreamed about Black death was me.

It can happen. Now, we must understand how to assist and embrace those without demonizing and dismissing mental health issues.