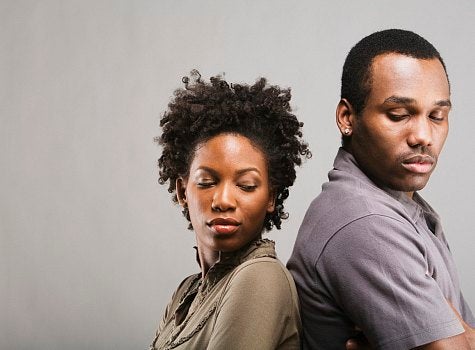 Could it be that the Jesse Jameses of the world are a commonality? If you recall, James cheated on Sandra Bullock at the height of her career as one of the highest-earning actresses in Hollywood. He made less, far less. It turns out that having a wife or live-in girlfriend who makes far more can have crushing effects on the male psyche because it challenges “the traditional notion of men as breadwinners,” says the study’s author, Christin Munsch of Cornell University. Researching data from the National Longitudinal Survey of Youth on 18-28-year-old married and co-habitating couples, Munsch found that men who are financially dependent on their female partners are five times more likely to step out than men who make the same amount of money. But before high-earning ladies go giving their guy the side-eye, consider that science or no science, high-earning or not, if a man wants to cheat he’s going to cheat. Case in point is the same study, which found that high-earning men were also more likely to cheat. Sigh. Women just can’t win, according to most of these studies. Perhaps we focus more on men because they’re more likely to get caught. After all, women cheat, but are less likely to be get caught. We don’t need a study to tell us that. Even this particular study’s author concedes that most people aren’t 100 percent honest with their answers on such surveys. And besides, no woman should be with a man who feels less of a man because his lady has deeper pockets. There are plenty of men out here who will celebrate your success.