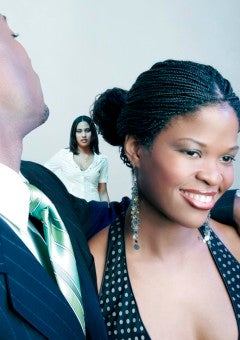 It’s natural to feel a little jealous when you catch your man checking out another woman, but confronting him about it may be doing more harm than good, according to a new study. That’s because restricting his gaze will make him more likely to feel distrust in the relationship and remember cute strangers better.

New research published in the Journal of Personality and Social Psychology shows that for men, looking at other women is harmless behavior. Researchers suggest the behavior is linked to the “forbidden fruit theory” which is wanting what we don’t have — better jobs, more money, and those Louboutins. It’s just human nature.

As long as you are in a solid and healthy relationship, there is no need to worry if your beau glances at another female. But if he’s blatantly disrespecting you by gawking at or making comments about other women, then maybe his wandering eye is not so innocent after all.