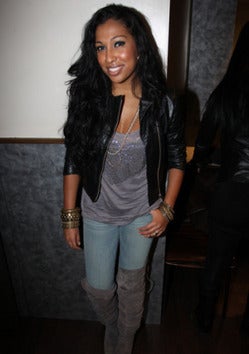 Toronto-based singer Melanie Fiona is climbing the charts. The sultry, Guyanese singer’s tune “It Kills Me” off her debut album “The Bridge” hit number one on Billboard’s R&B and Hip Hop chart, knocking Trey Songz “I Invented Sex” down a notch.

Trey can’t complain though, as he has two songs in the top 10. Aside from holding down the number two spot with “Sex” his single “Say Aah” is staying steady at number four.