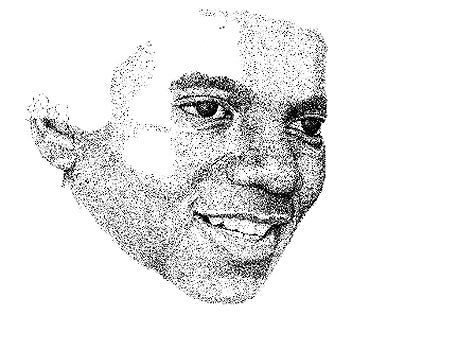 World renowned poet Maya Angelou, like 250,000 other fans represented in 180 countries, is paying her respects to the anniversary of Micheal Jackson’s passing by becoming a part of his portrait. Angelou will be a dot in the pointillism photo being created by internationally recognized artist, David Ilan. Yesterday the author extended the invitation to her fans to join her in the portrait. Ilan, grateful for Angelou’s support, says he hopes one million people will each reach out with a request through the website www.michaeljacksontributeportrait.com to be represented by one of the free dots in the portrait. Pointillism is an art technique in which small dots are used to form an image. Angelou’s dot has been placed by Ilan right on MJ’s heart. Angelou, who wrote the poem “We Had Him” for Jackson’s funeral, joins Diana Ross, Gladys Knight, Floyd Mayweather, Jesse Jackson, Louis Gossett Jf., Marlon Wayans, and Vivica Fox in the group of celebrities represented in the memorial. Visit www.michaeljacksontributeportrait.com to sign up for a dot, and to see update of the MJ tribute portrait in progress.