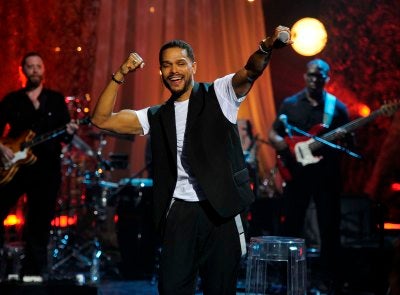 Maxwell got up close and personal during an intimate performance that will air as part of the “VH1: Storytellers” series. The soul singer and his band delivered a soul-filled set, packed with hits from his most memorable albums, including “Maxwell’s Urban Hang Suite” and “BLACKsummers’night”…

The show, which was taped on May 11 at Metropolis Studios in New York City, also highlighted Maxwell’s long-standing career in music. It’s been 15 years since he burst on the scene, and this performance took fans down memory lane.

Maxwell also offered a romantic and historical perspective of each song during the set. Audiences not only grooved to his soothing and sultry tunes, but they also absorbed the meaning and influence behind Maxwell’s most memorable songs.

Viewers at home will be able to see the exclusive performance on “VH1 Storytellers: Maxwell” on Friday, June 17.