By Tanya A. Christian · Updated October 24, 2020
Maxwell “Bunchie” Young is a name you’ll hear for years to come. Go ahead and get used to it. The sports star, who this week was named SI Kids SportsKid of the Year, plays football, runs track, and has already been offered a full athletic scholarship to the University of Illinois. Did we mention he is 10 years old? It’s quite the accomplishment for the California native, who got his start at the age of four. Since then, he’s managed to become a recognizable force in two sports while staying grounded and active in his church and local community. If you check out his social media, you’ll see that Bunchie has amassed a following of over 16,000 on Instagram, regularly posting photos with positive messages that almost always have a shout out for the man above. ESSENCE caught up with Bunchie before the official SI Kids announcement and he shared just how special the recognition and honor is for him. “It was truly a blessing. I was really happy,” Bunchie told ESSENCE about being notified of the designation. “My dad, he was really happy. My mom – they was all happy. It was just like – a big celebration.” This particular title is one of many that Bunchie plans to hold. The fourth-grade student council representative also has dreams of playing in the NFL, competing in the Olympics, and one day becoming the mayor (SI Kids called him “focused and fearless” for a reason). And through sports, he’s realized that achieving any of the goals he’s set forth will come with a lot of hard work, dedication, and equally as important – an amazing team. “One lesson I learned is that you can never do nothing without a team,” Bunchie confesses. “It’s always a team effort. You can’t just think of it as one man on one team. It takes a whole team to win a game.” That’s also part of the reason Bunchie prefers his beloved football over track. Though he started out as a runner, the comradery he has built with his peers and fellow Hub City Tar Heels has helped mold him into the sports star that he is. Other motivators include world-class athletes, his family, and of course – God.

“I look up to Usain Bolt because he’s the fastest athlete in the world, like me, and I look up to Bo Jackson because he’s real fast, and he’s really strong. And Barry Sanders because he’s shifty, and he’s fast,” Bunchie explains. But of course, the love, encouragement and positive reinforcement he receives from his parents make it that much easier for him to remain on top of his game. “I just love it,” Bunchie admits. “And my dad sometimes he likes pushing me, and everybody – my mom, she pushes me. And then I know I have to keep doing it because if I don’t, I would just start falling off.” 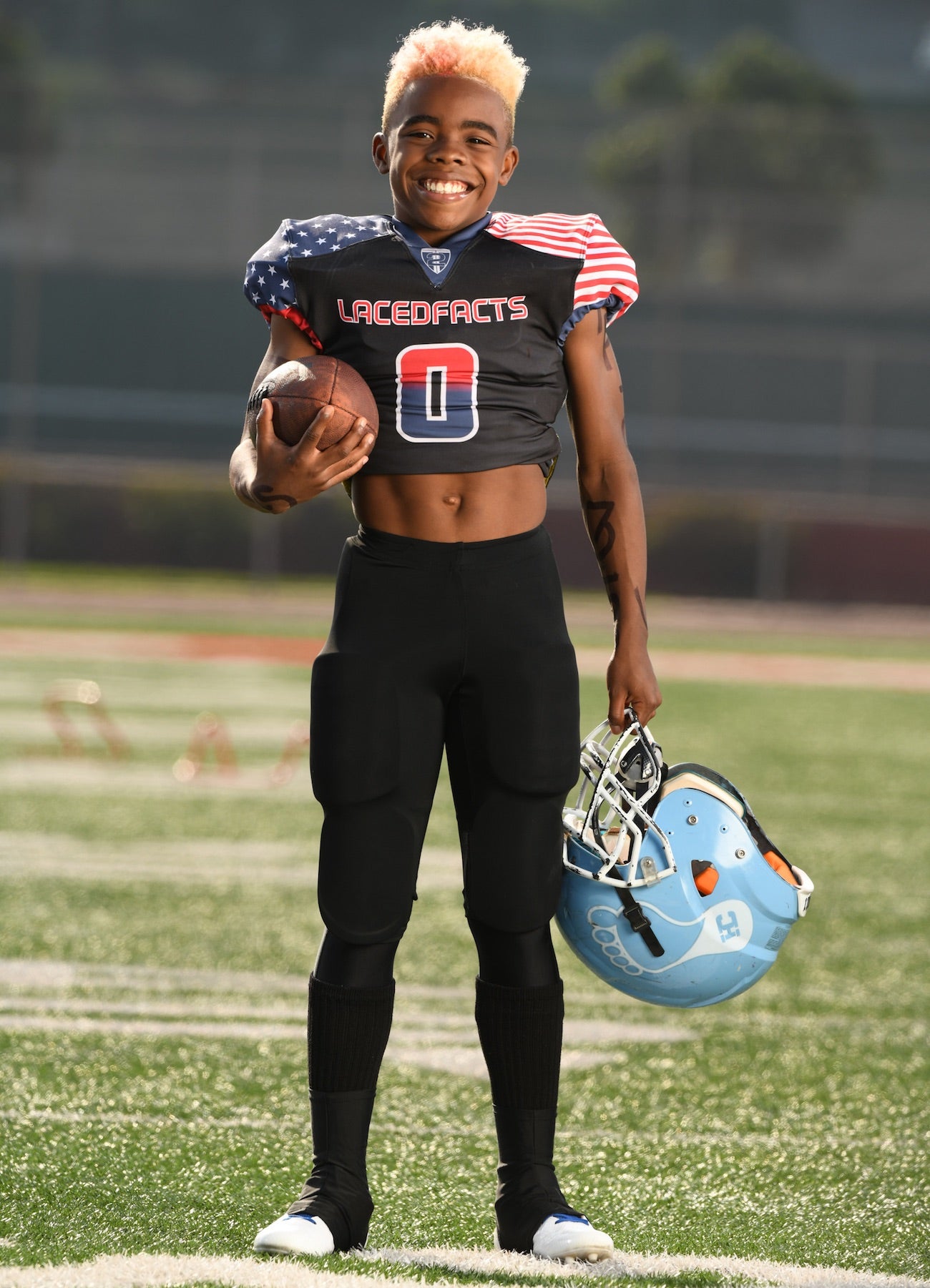 For Bunchie, not excelling is not an option. In addition to working hard for himself, for his team, and for his family, he believes that the opportunities he has been given also helps him give back to the community in a way that makes him feel “really nice” on the inside. The young philanthropist told ESSENCE, “God’s giving me stuff, so I’m giving back.” Head over to SIKids.com for the intriguing full story on Maxwell “Bunchie” Young, the 2017 SportsKid of the Year.