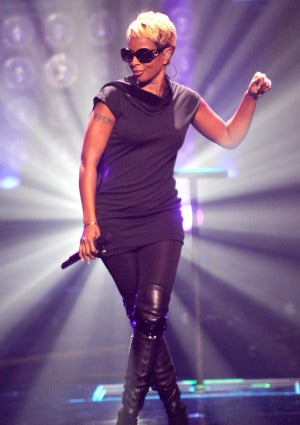 It’s no secret that hip-hop and the New York Yankees have a long time love affair. Both Bronx natives represent with passion and verve. The World Series seems to be the new star-studded event for celebrities. First Lady Michelle Obama was at Game 1, Jay-Z and Alicia Keys performed at Game 2, and now Mary J. Blige is singing the “Star Spangled Banner” at Game 6. We hope that The Queen of Hip-Hop Soul will bring her magic and inspiration to the Bronx Bombers at Yankee Stadium tonight. Maybe she could sing “The Breakthrough” to help the Yankees win the series. We’re just saying.