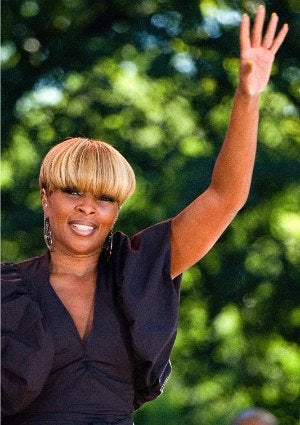 The idea that boys do well in math and sciences and girls excel in English and liberal arts is being challenged more than ever. Earlier this month, President Obama’s Council on Science and Technology’s Executive Director Christyl Johnson encouraged girls to pursue studies in the sciences. Now recording artist Mary J. Blige is reinforcing that sentiment through a collaboration with NASA that pushes young women to explore science, technology engineering and mathematics — or STEM. Blige’s non-profit organization FAWN (Foundation for the Advancement of Women Now) teamed up with NASA’s “Summer of Innovation” program to get young women interested in and excited about science and technology. The Grammy-winning singer even lent her image to a public service announcement alongside shuttle astronaut Leland Melvin to promote NASA’s “Summer of Innovation” program. Christyl Johnson told local Hampton Roads news source WVEC.com that NASA’s program sparked her interest in technology. “That’s what happened to me,” she said. “I went to NASA Langley for a summer, got a chance to see lasers for the first time and got a chance to see someone burn a hole in their shirt and I was like, ‘Yes. This is the job for me.'” Last year, President Obama launched the “Educate to Innovate” campaign for excellence in science, technology, engineering and math. Speaking to a group of STEM leaders and students, the President said, “I am committed to making the improvement of STEM education over the next decade a national priority.” Watch the public service announcement below.