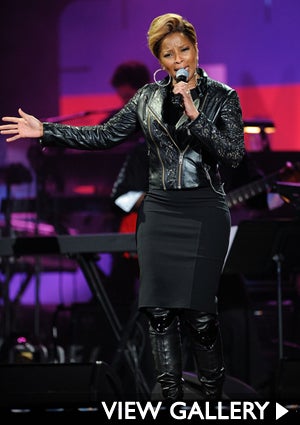 On Friday night, Diddy, Queen Latifah and Pharrell Williams gathered a group of their friends and fellow artists for BET’s SOS: Saving OurSelves celebrity telethon in Miami.
Wyclef opened the the two-hour show before the evening’s hosts took the stage to ask for continued support for our brothers and sisters in Haiti  The night’s performers included Mary J. Blige, Jazmine Sullivan, Keri HIlson, Robin Thicke, India.Arie, Busta Rhymes, Damian Marley, Monica, Kirk Frankin, Chrisette Michelle, Ludacris, Justin Bieber, Akon as well as Chris Brown.  Along with a special appearance by former President Bill Clinton, LL Cool J, Trey Songz, Serena and Venus Williams and Gabrielle Union were on-hand to lend their support while Spike Lee, Mike Tyson, Brian McKnight, Alonzo Mourning and Common worked the phones.
All proceeds will be donated to a number of charities including Project Media Care, Yele Haiti, C.A.R.E. and Proctor & Gamble’s Children’s Safe Water Program.  Donations can still be made via SOSHelpforHaiti.org.
We all have to do continue to do our part.