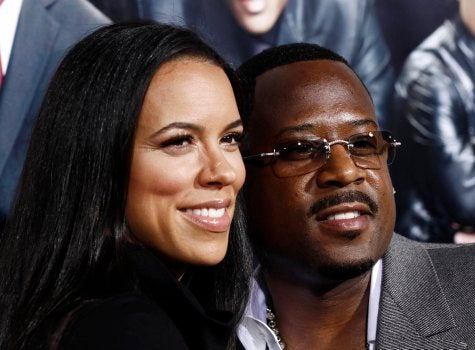 Actor and comedian Martin Lawrence, 45, is off the market. Lawrence married his longtime girlfriend Shamicka Gibbs, 35, on July 10, 2010 at their Beverly Hills home, according to People. Eddie Murphy and Denzel Washington were among the 120 guests at the private gathering. This is Lawrence’s second marriage. He and Gibbs have two children Lyana, 9, and Ameria, 7, who acted as flower girls alongside their big sister Jasmine, 14, from Lawrence’s previous marriage to Patricia Southall. The couple’s wedding was coordinated by celebrity event designer Diann Valentine and featured a four-course sit-down dinner catered by Tres-LA. Guests dined on salad, crab cakes and salmon and finished their meals off with a four-tiered wedding cake made my Rosebud Cakes in Beverly Hills.