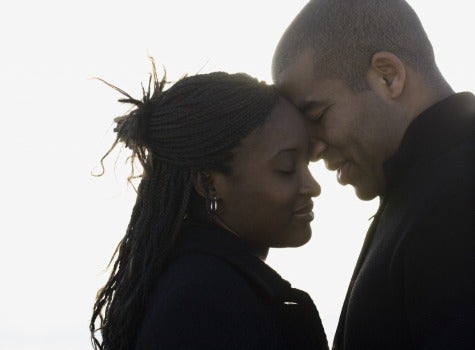 Last week the web was on fire after a survey on marriage and family was released. The survey, which was conducted by the Pew Research Center and Time Magazine, was based on interviews with 2,691 adults done by cell phone or landline during the month of October. An Associated Press article that was picked up nationwide blasted, “4 Out of 10 Americans Say Marriage Is Obsolete.” Not only am I against the stance that marriage is becoming obsolete, but also I believe that marriage is more necessary than ever, especially in our minority communities. With the decline of the nuclear family, we’ve also witnessed the decline of our local communities. Boys growing up without fathers in the home are left equating manhood to what they see on BET and MTV. Children growing up without strong, positive examples of healthy relationships in their own homes learn through trial and error if they learn at all. The stance that we’ve maintained since launching BlackandMarriedWithKids.com is that marriage may not be for everyone but that it needs to be an option. With further reckless reporting like we’ve seen over the past 24 hours, that option will dwindle unless we stand up to the attack. Unlike the majority of the media outlets that ran the AP story, I decided to take a deeper look at the Pew study and even launched our own. Before you jump to the fact that a survey on our site would be flawed I conclude that the Pew Survey is as well. The following passage comes from the actual Pew report: In an effort to capture the experiences and attitudes of those living in both traditional and less traditional family arrangements, the survey included oversamples of three key groups: (1) adults who are divorced or separated and have at least one child younger than age 18; (2) adults who are living with a partner and have at least one child younger than age 18; (3) adults who have never been married and are not currently living with a partner and have at least one child younger than age 18. What this tells us is that they oversampled using divorcees with kids, couples that cohabitate with kids and single parents. Could any of these groups have an adverse view on marriage? What I found after taking a closer look at the numbers was that there were some good things about marriage in that report that didn’t surface in any media reports. I personally believe that this reckless reporting is one of the primary reasons that young people in some of our communities have given up hope when it comes to marriage. Below are some key points that I pulled from that same Pew Research Center study along with headlines that I’ve created in case mainstream media feels like they’d like to revisit the topic to get the story straight: New Headline: Six Out of 10 Americans Say Marriage Is Not Becoming Obsolete What they forget to tell you: The flip side of the number that ran in all of the headlines. Extract from Pew: “Some people say that the present institution of marriage is becoming obsolete — do you agree or disagree? Some 39 percent of survey respondents say they agree, while 58 percent disagree and four percent say they don’t know.” New Headline: 70 percent of Americans are Optimistic About The Institution of Marriage and the Family What they forgot to tell you: People were more optimistic about the future of marriage than they were about the country’s educational system, economic system or eroding morals and ethics. Extract from Pew: “In the midst of all of this change, the public maintains a positive outlook about the future of the family. When asked if they feel generally optimistic or pessimistic about the institution of marriage and the family, 67 percent say they are optimistic, 27 percent are pessimistic and six percent are unsure. Despite these growing uncertainties, Americans are more upbeat about the future of marriage and family (67 percent say they are optimistic) than about the future of the country’s educational system (50 percent optimistic), its economic system (46 percent optimistic) or its morals and ethics (41 percent optimistic).”  New Headline: More Couples Think Their Marriages Are Better Than Their Parents What they forgot to tell you: Most married couples of today believe their marriages compare favorably with their parents. Extract from Pew: “Moreover, marriage may have been more prevalent a generation ago, but most married or cohabiting respondents today believe their own relationship compares favorably with their parents’. Some 51 percent say they have a closer relationship with their spouse or partner than their parents had with each other, while just five percent characterize their own relationship as less close. The remainder — 43 percent — says there is no difference.”  New Headline: Americans Think Married Couples Make More Money, Find Happiness Easier and Have Great Sex What they forgot to tell you: Most of those surveyed whether single or married thought marriage made life easier in many instances. Extract from Pew:  “For example, when it comes to being financially secure, 35 percent of respondents believe this is easier to do as a married person, while 11 percent say it is easier for a single person and half say it makes no difference. Similar patterns emerge for having a fulfilling sexual life, finding happiness and having social status. The two outliers from this pattern are raising a family (Fully 77 percent say this is easier for a married person.) and getting ahead in a career (Just 14 percent say this is easier for a married person, compared with 24 percent who say it is easier for a single person).”  In the end just remember that the media is out to sell papers and not to save families. Lamar and Ronnie Tyler are the creators of the award-winning blog BlackandMarriedWithKids.com. They also are behind the Amazon.com bestselling DVDs “Happily Ever After: A Positive Image of Black Marriage,” “You Saved Me” and the upcoming film “Men Ain’t Boys” that will explore manhood in the African American community. The Tylers are also the proud parents of four children.