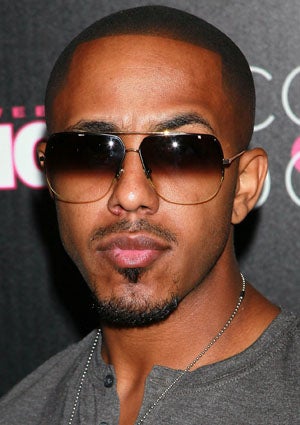 “I feel like music with no passion is like a guitar with no strings, a piano with no keys, or a human being with no soul —  there’s just no point,” says Marques Houston, who releases his fifth solo album, “Mattress Music,” today. Houston, who has given us music for the last 20 years (since his days in the group Immature) created an 11-track album that functions as the ultimate sexy playlist. Songs like “Kickin’ and Screamin'” and “High Notes” are guaranteed to be the reason that some babies are conceived this fall. Houston got real personal with ESSENCE.com and candidly discussed his possible engagement, his sex life, and the sad state of R&B today. ESSENCE.com: What makes this album stand out from the previous four? MARQUES HOUSTON: This album is 98% sexual, it talks heavily on lovemaking, passion and all the stuff we adults do. It’s also the first album I did with just one team — Eric Cire, Chris Stokes and myself wrote and produced all the songs. ESSENCE.com: The album “Naked” was pretty sexual, “Mattress Music” trumps that? HOUSTON: Yes, this is like on level 10. “Naked” had a few songs… this album we’re going in. ESSENCE.com: You been singing for 20 years or so now, what’s your formula to stay relevant? HOUSTON: I keep my ear to what’s going on in the music industry. When I know I’m about to start working on an album, I’ll turn on the radio, turn on videos to see what’s hot and what’s going on. Not to copy anybody, but you don’t want to find yourself as an artist stuck in a time zone. I also turn to my fans, and see what they want to hear — which is what I did on this album. At the end of the day, I go with what’s from the heart. ESSENCE.com: What does your heart say about the current state of R&B? HOUSTON: R&B is in a state of 911,  because R&B has turned into pop. You have huge R&B artists making pop music. It’s hard to say where R&B really is, because there really is no R&B. I grew up on real soulful music sang by real singers, and it’s sad that nowadays you don’t even have to know how to sing. It can be frustrating for me, R&B is all about a dance record now. However I’m sure R&B will come full circle, and it will be what it once was again. ESSENCE.com: Why title your project “Mattress Music,” and which tracks will break down the mattress? HOUSTON: (Laughs) I was going to call “Babymaking Music,” but I thought that was a little much. The song “Noise” will break the mattress, but “Mess” is very aggressive and will break the headboard. ESSENCE.com: “High Notes” is one of my faves, tell me about that one? HOUSTON: Women liked when I sang in falsetto on the “Naked” album. I flipped the concept, and made a song about a women who gets loving so good that she’s hitting high notes. ESSENCE.com: Do you listen to your own music during sex? HOUSTON: Never. ESSENCE.com: Never? Why, is it too weird? HOUSTON: Never ever. I probably would want to sing along to it. It’s weird listening to my music, I don’t make it for me, I make if for the fans. ESSENCE.com: Then what’s your go-to record to get you in the mood? HOUSTON: It used to be Michael Jackson’s “Butterflies.” You know my girl and I have been together two and half years, so now the songs we pick out are honeymoon songs, and wedding songs… ESSENCE.com: Did you just say wedding songs? Are you getting married, Marques? HOUSTON: (Silence) Let’s move on… all I can say is it’s nice to have a plan. ESSENCE.com: Don’t try it…you’re engaged? HOUSTON: (Laughter) Our number one choice for a wedding song is… nevermind, I’m not going to say that. The fact that we have picked out our wedding music, well… ESSENCE.com: Sounds like a yes. Moving on, the difference between passion and lust? HOUSTON: Lust is just an attraction, passion is something you feel. I’m very passionate, but I don’t lust for things. ESSENCE.com: Sexually, are you more sensual or aggressive? HOUSTON: I can be both, it’s really what’s going to make my woman feel great at that time. I’m good as long as the woman is satisfied. I’m a very giving person, when it comes to sex I like to give, give, give… ESSENCE.com: Okay Mr. Giver, tell me what signs let you know you satisfied your woman? HOUSTON: Even though I’m a Leo, I rather be told what to do. If I’m not doing something right, I want to know. You can’t be the best all the time because everyone likes different things. I never want to be the guy that is being talked about because I thought I was great and I wasn’t. ESSENCE.com: Is mattress sex boring? How would you instruct someone to make loving in the bedroom more exciting? HOUSTON: Sex is never boring if you’re doing it right.  I had a freak session in my trailer right before I went on set… and when you have sex with someone you’re connected to, it’s never dull. Having sex with so many different people is what makes sex whatever. ESSENCE.com: When it comes to sex and passion what’s something you know now that you didn’t know 10 years ago? HOUSTON: I didn’t know women fake [orgasms] so much. I now know to listen to what a woman wants. ESSENCE.com: What do you look forward to in life after accomplishing so much? HOUSTON: To be a great father and husband is my #1 goal. ESSENCE.com: There’s that husband thing again. Three words to describe what “Mattress Music” is about? HOUSTON: The album is authentic sex and passion. “Mattress Music” is in available in stores and available for download today.