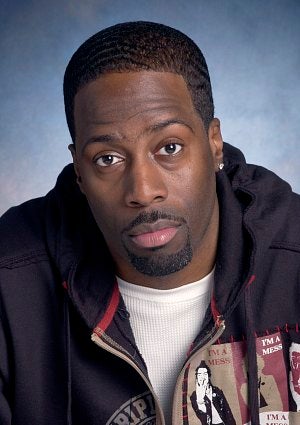 Mark Pitts, President of Urban Music at JIVE Label Group and CEO of Bystorm Entertainment, has been a “music man” for most of his adult life. A high-flying lifestyle of late nights and red-eye flights came to a crashing halt when the man credited with nurturing the careers of hitmakers like the Notorious B.I.G., Usher and Ciara, was diagnosed with Bell’s Palsy, a condition which paralyzed the left side of his face. Nearly two years after that fateful night when his face and life were forever changed, Pitts spoke with ESSENCE.com about his career and lessons learned from his diagnosis.   ESSENCE.com: You’ve recently started your own record label, Bystorm Entertainment. What was the motivation? MARK PITTS: I’ve always wanted to do it but I wasn’t ready until now. We’ve recently signed a new artist named Juwan Harris and we’re excited about it. We also work with an artists named Miguel (“All I want is You”) and I manage rapper J.Cole (“the next Jay-Z”). ESSENCE.com: You’ve had a great career in the music industry. What has been your staying power? PITTS: I would say it’s good business sense and great relationships. It’s easy to be tainted by the music industry and I’ve been around a lot of nonsense, but I’ve learned to watch from a distance. A constant reminder is knowing that I am blessed; highly blessed. ESSENCE.com: What would you say to someone trying to get into the industry now? PITTS: Don’t be afraid to be a pain in the ass. Lots of people approach me and it’s easy to forget and skip over them. Stay true to yourself and stay on someone like a Mark Pitts. If you really want this, you have to be persistent. ESSENCE.com: You were diagnosed with Bell’s Palsy two years ago. How did you find out? PITTS: I was on my way to Philadelphia for a studio session with Anthony Hamilton, and the back of my head just felt irritated. I went to the studio and at one point Anthony was like, ‘look at your ear.’ So I went into the bathroom, and my ear was severely swollen. I looked crazy. In fact I thought I was having a stroke. I saw a doctor the next day and was told I had a bad ear infection and that it might get worse before it gets better. The whole side of my face just went numb. I was later told that I had Bell’s Palsy. ESSENCE.com: Had you ever heard of it before? PITTS: I had no idea what it was. ESSENCE.com: How has it changed your life? PITTS: You know, God speaks to us in different ways. Bell’s Palsy changed my life — the way I eat, the way I do everything in my life. My new favorite saying is “It’s not that serious,” because I now feel like I know what’s important in my life. After my diagnosis, I was forced to take some down time with my family and that was a blessing in disguise. I’m also someone with a great sense of humor, so not being able to smile for six months took its toll. ESSENCE.com: Has it affected your career? PITTS: In a weird way the last two years of my life have been the best two years of my career. I’ve learned to take things easy, but work harder, and with more focus. I finally feel like I’m in the zone. There are fewer late nights and I go to industry events only if I have to. Everything good is happening. A few months after my diagnosis I was featured as part of Crain Magazine’s “40 under 40” and I had to do a video of myself and I was hesitant at first. But I did it, if only to show my children that no matter what happens, Daddy doesn’t stop.  After the video was posted, a father reached out to me to tell me that his son had it  and was thankful for my video. It feels good to be able to talk about Bell’s Palsy. That’s how I deal with it; by never giving up. ESSENCE.com: How are you seeking treatment? PITTS: Physical therapy, acupuncture, massage… I’m open to trying anything. ESSENCE.com: On another note, you helped produced the movie “Notorious.” What was it like for you, a kid from Brooklyn, to see a movie you made about your friend Biggie on the big screen and for it to become a success? PITTS: First of all, it was an honor to work with someone like B.I.G. It felt so good to sit in that movie theater and see my name in the credits. We got so much love for that movie, and being from Brooklyn just made it that much greater. My mom died when I was in high school and I just felt like she would be so proud of me. If I had to stop today (which I won’t), I can say that I feel complete and did a lot of the things that I feel I was supposed to. I’m in the zone.