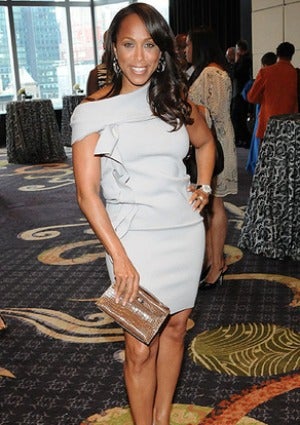 Marjorie Harvey, the wife of radio host and ESSENCE columnist Steve Harvey, doesn’t take too kindly to being called “the other woman.” The philanthropist and mom of three has retained a lawyer after Harvey’s ex-wife, Mary Shackleford, took to YouTube to air grievances against her ex-husband.

In one of the YouTube videos, Shackleford labeled Harvey a “serial cheater” and accuses Marjorie of carrying on an affair with her husband while they were still married.

“Mrs. Steve Harvey is shocked and dismayed that Mary Harvey, Steve’s ex-wife, posted the malicious and baseless video on YouTube,” said an official statement released by Marjorie’s lawyer. “The posting is nothing more than a sad attempt to Mary to make herself relevant in the eyes of the media. Now that the publicity splash is over, Mrs. Harvey looks forward to making her case in court.”

“As a wife and a mother I cannot stand back and allow the defamation of my character or actions that will malign my family. So I will do what I need to do to the greatest extent of the law,” Marjorie followed up.

Steve Harvey hasn’t remained quiet either. Yesterday he took to his radio show to tell his side of the story. “The part that’s hurtful in this is my wife and children had to be drugged (sic) into this…” he said. “If you’re going to be vindictive go ahead and aim it at me, but my son is coming in the room crying and that’s also her son, so why would you do this?”