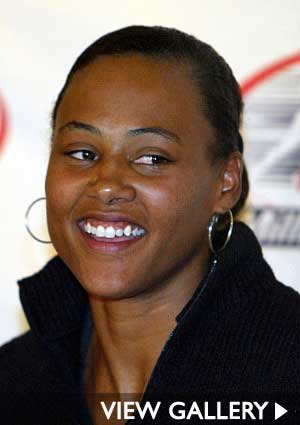 Former Olympic gold medalist and uber-athlete, Marion Jones, is doing her best to get back to professional sports. Jones has been training with the San Antonio Silver Star WNBA team.

Jones served a six-month federal prison sentence for lying to federal agents investigating a doping scandal surrounding the 2000 Olympics. The mother of three has been out for 15 months and is readying for her big comeback. Before breaking records as a runner, Jones led the University of North Carolina to a NCAA championship in 1996. “It would give me an opportunity to get a second chance,” she told the New York Times recently.

If you still got it three kids later, Marion, we say do your thing.